Downton Abbey S5 E8: I Can Hear the Bells!

Before we get started, if you haven’t seen last week’s episode, get caught up with our last recap here.

Well, love is in the air and wedding plans are in full swing. Rose and Atticus are still head-over-heels, and they need all the loving they can get, because there are plenty of people trying to keep them apart. Rose’s terrible mother shows up, and doesn’t crack a smile the entire episode. She dishes out criticism about Jewish-ness to the Sinderby parents, who fortunately are witty enough to dish it right back. She concocts a plot to make it look like Atticus bought a hooker at his stag party, and after Atticus finally convinces Rose that it was a lie, Rose discovers it was her mum, and all but disowns her. They are wed in a courthouse, at the blessing Rose puts on a lovely wedding dress, and she and Atticus ride into the sunset on a white horse. 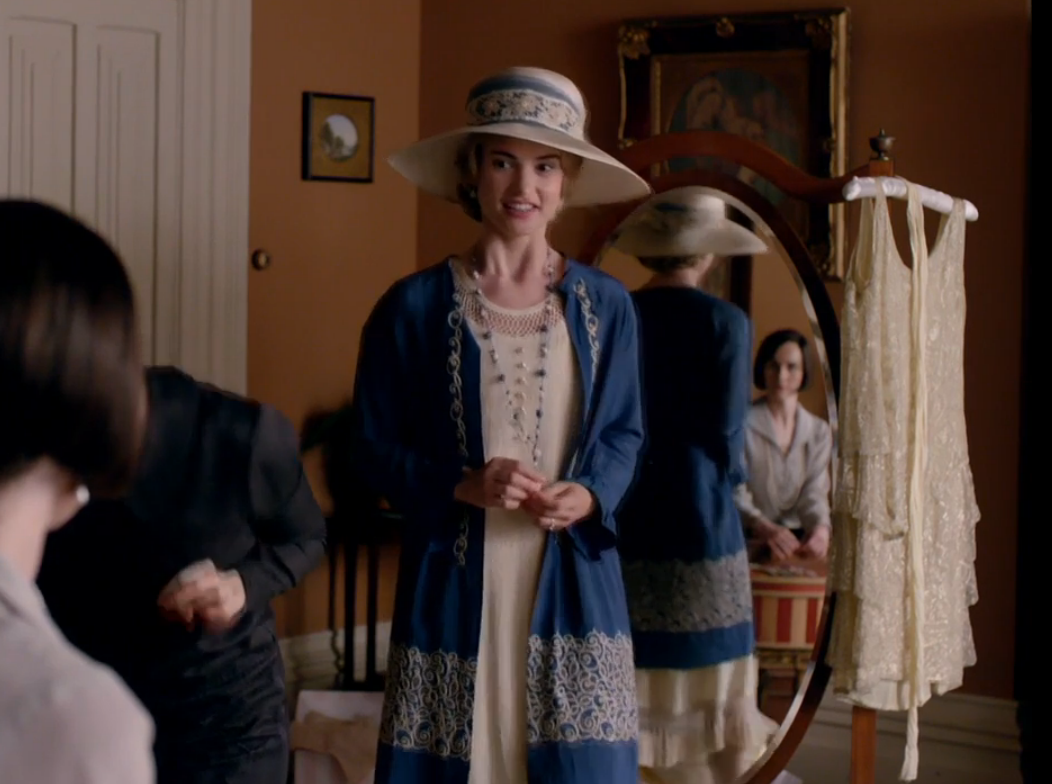 As the Dowager makes her way to London, Sprat and Denker quarrel as usual and pull little pranks on each other the entire time. But, as they arrive in London, we learn that Denker’s got some cards up her sleeves, and finally Thomas has a way to channel his revenge at something productive. Denker takes the new servant out to the bars and sets him up to gamble away all his money. But, Thomas comes back and takes Denker for all the money she swindled in a hilarious twist of fate. Yay for Thomas finally his forces for good! 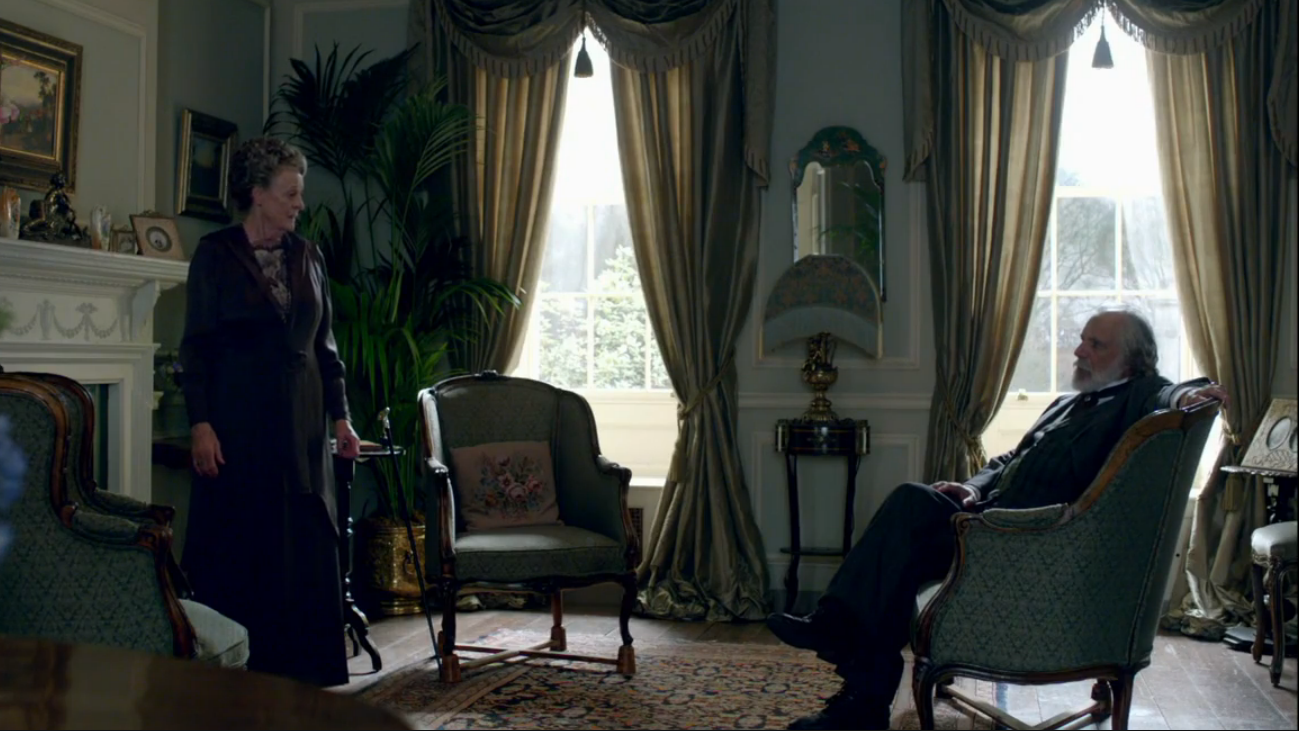 Branson’s decided once and for all that he’s moving away to Boston. Mary the Ice Queen is sad that she’s losing her only ally, but Branson wants to restart his life in a new country with Sybbie. He’s the nicest character on the entire show, and will be missed all around.

Since the most likable character is leaving, Lord Grantham is starting to become nicer to fill the void. And, he’s figured it out! He hints that he knows that Marigold is Edith’s real baby in the car, and at the end of the episode he mentions to Cora that Marigold looks like Michael Gregson. He, surprisingly, isn’t mad. He’s actually understanding, and let’s Edith maintain her privacy a bit longer. 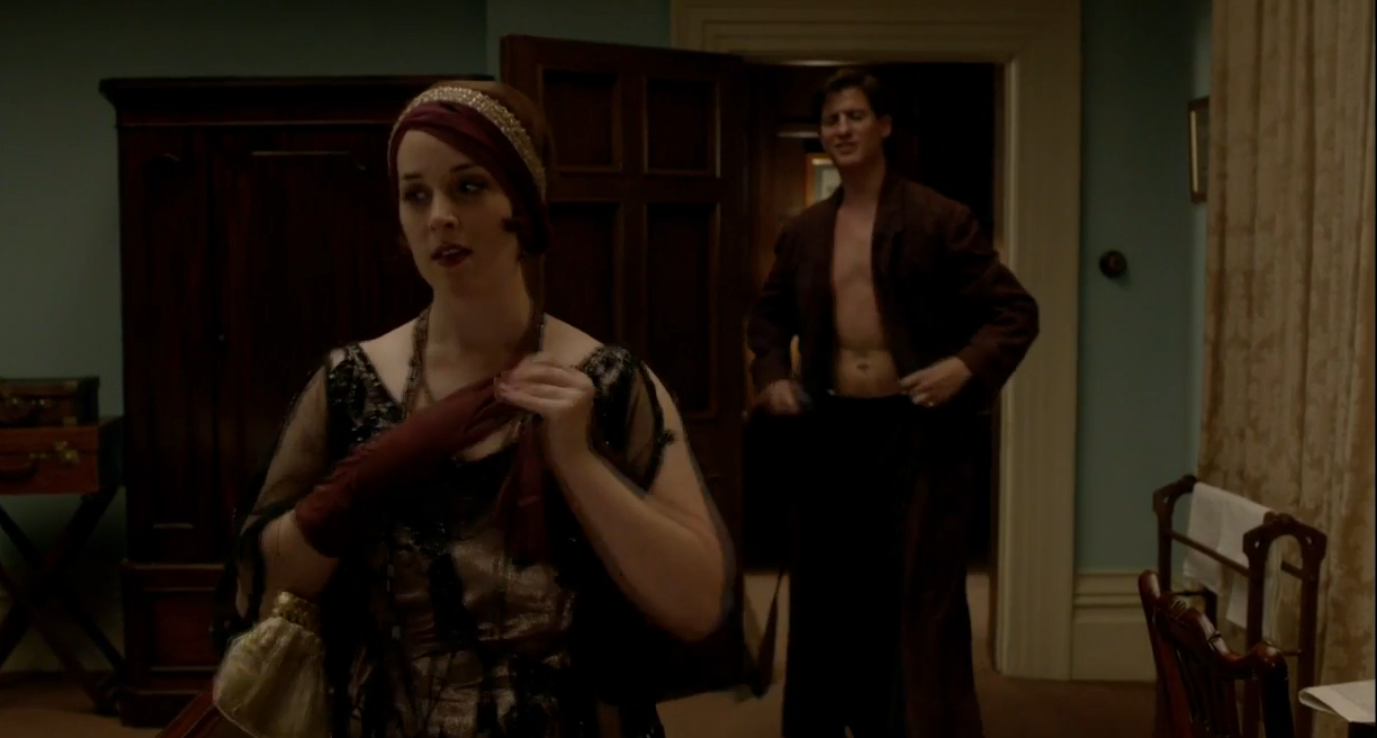 The Bates and Anna saga continues. She’s called in for questioning, and then put in a lineup. When Mary’s getting dressed the night of the wedding, Anna gets arrested and carted off to prison. Hopefully she gets out—but the catch is, if she gets out, Bates is guilty. The story really never ends with those two.

If you rewind a few episodes to the Mrs. Pattmore vs. Carson Memorial Service battle, you’ll remember that Mrs. Pattmore didn’t get her nephew’s name on the memorial because he was shot for cowardice. She’s hurt, and Carson can’t bend the rules, but Lord Grantham finally stops being an unfeeling jerk and makes a private memorial for her nephew. Cue crying. 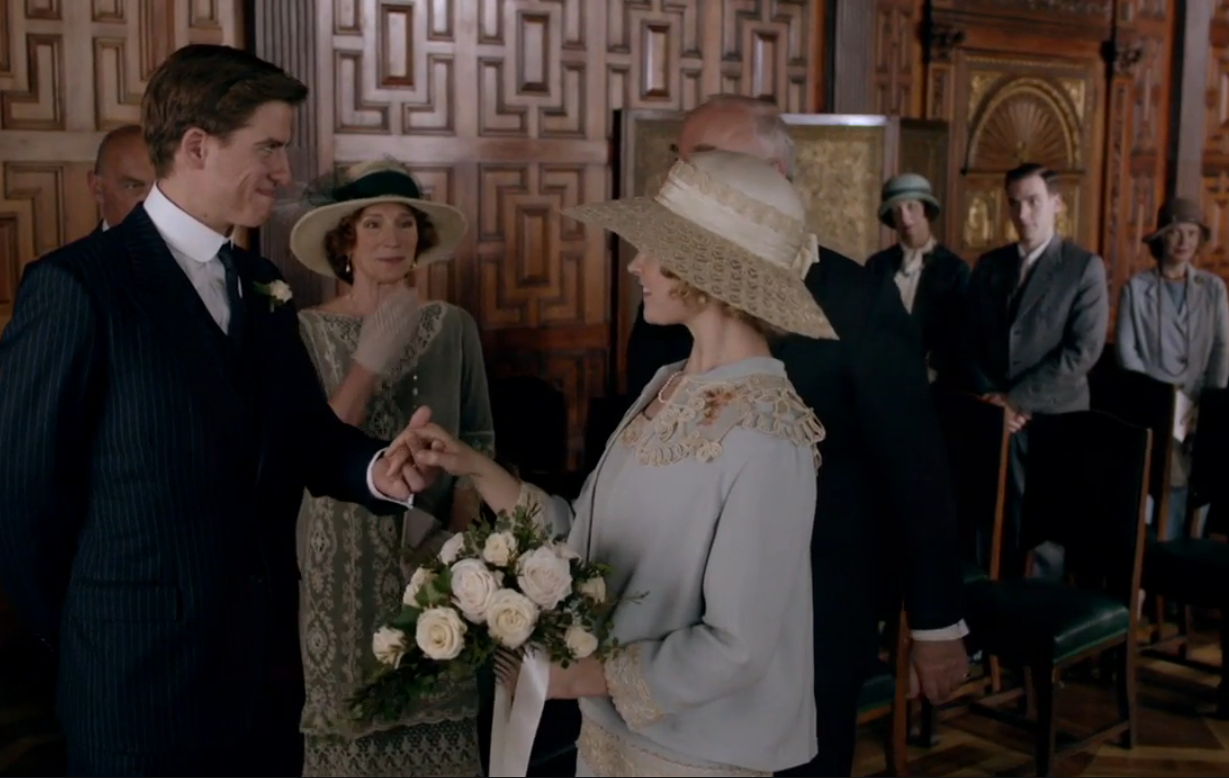 If the season finale is as full of intrigue as this one was, I know that we’ll be in for an action-packed, emotional, and scandalous Christmas Special!