Celebrate 60 Years of the Musical, My Fair Lady

This year marks the 60th anniversary of the Broadway debut of My Fair Lady, Lerner and Loewe’s Tony Award-winning musical. This blog and the one following talks about My Fair Lady and what its like to be in the cast as preparations move along toward its opening on May 13. 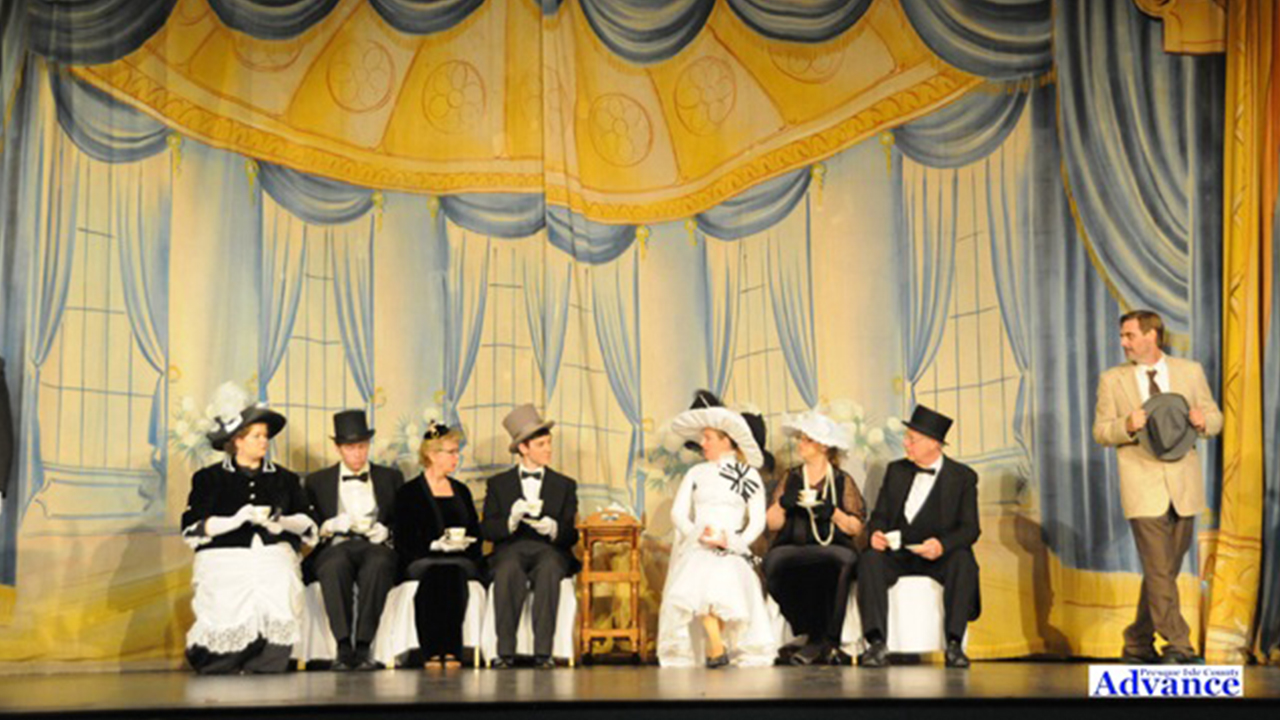 Rogers City Community Theatre pursued the rights to perform this musical for more than six years. Each year, the troupe was disappointed to learn that they were not available. That is, until 2015. Tams-Witmark, the performing rights company for the play, released the rights for a small window, allowing companies such as RCCT to present the show within a short period during 2016.

Fast forward to February 2016. Suddenly, auditions were upon us. Eighteen hearty voices filled with enthusiasm were put through their paces and a cast was formed. As music director, it was my job to not only help with the music and lyrics, but to also help with an understanding of the Edwardian era, the class culture that was very prevalent, and the awakening of independence and power within women. Much of this is evident through the songs.

Pygmalion, the (George) Bernard Shaw play upon which My Fair Lady is based, had a very different ending from this much-beloved musical. He empowered Eliza and gave her the courage to leave Henry Higgins and go on to a new life. But, romantics couldn’t resist tinkering with the ending. Even the 1938 movie (Shaw was on of the writers) starring Leslie Howard (Ashley Wilkes in Gone with the Wind) opted for a romantic ending. So, it isn’t surprising that Lerner and Loewe gave the story a romantic ending, too. It also isn’t surprising that Shaw wrote a sequel in which Eliza moves on with Freddy and ends up a ‘lady in a flower shop.’ 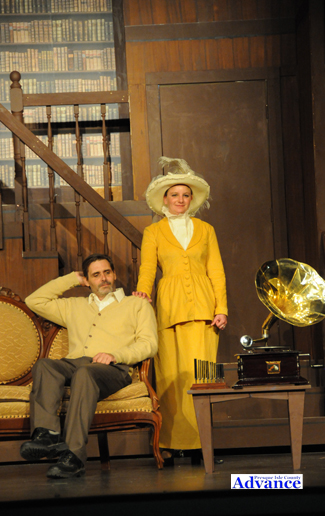 Since the first reading of the play on March 1, we’ve learned about class distinctions and how they affected interaction in society during the Edwardian era. We also learned a lot about how views and perceptions are skewed by our own biases. Eliza overcomes her circumstance to rise up and be successfully presented to society. Through the teaching of Higgins and the attitude of Pickering, she becomes her own woman, equipped with the tools she needs to make her own choices.

The most fun of all in being part of this cast is dressing the part(s). Our costumer, Val Schalk, is a long-time employee of Recollections. Recollections designed and created Eliza’s costumes. Era-inspired hats and accessories from the company are part a pre-show photo booth for patrons as part of the 60th-anniversary celebration.

Stay tuned for more about the hair, hats, and costumes, and opening night…

Photos by Rich Lamb from the Presque Isle Advance