Lily’s shyness and lack of confidence were so pronounced that she suffered from paralyzing stage fright. Although she had a string of hits following the run of The Merry Widow, she often missed performances because she was unable to overcome her fears. She became known as ‘a part-time actress.’ This did nothing to diminish her status as a popular Edwardian actress.

She married Major John Ian Bullough at All Saints Church in London on November 7, 1911. He was the tall and handsome son of a millionaire textile manufacturer. He was also the widower of Maudi Darrell, a musical comedy actress of the day. She continued to act after her marriage to Major John Ian Bullough in 1911, but it was rumored that he wanted her to retire from the stage. Edwardian women were often pressured to leave their careers once they married. Lily eventually took a break from the stage to concentrate on her personal life. She stayed busy appearing in charitable productions. In 1916 she returned to the stage, appearing in another four productions before taking another break. 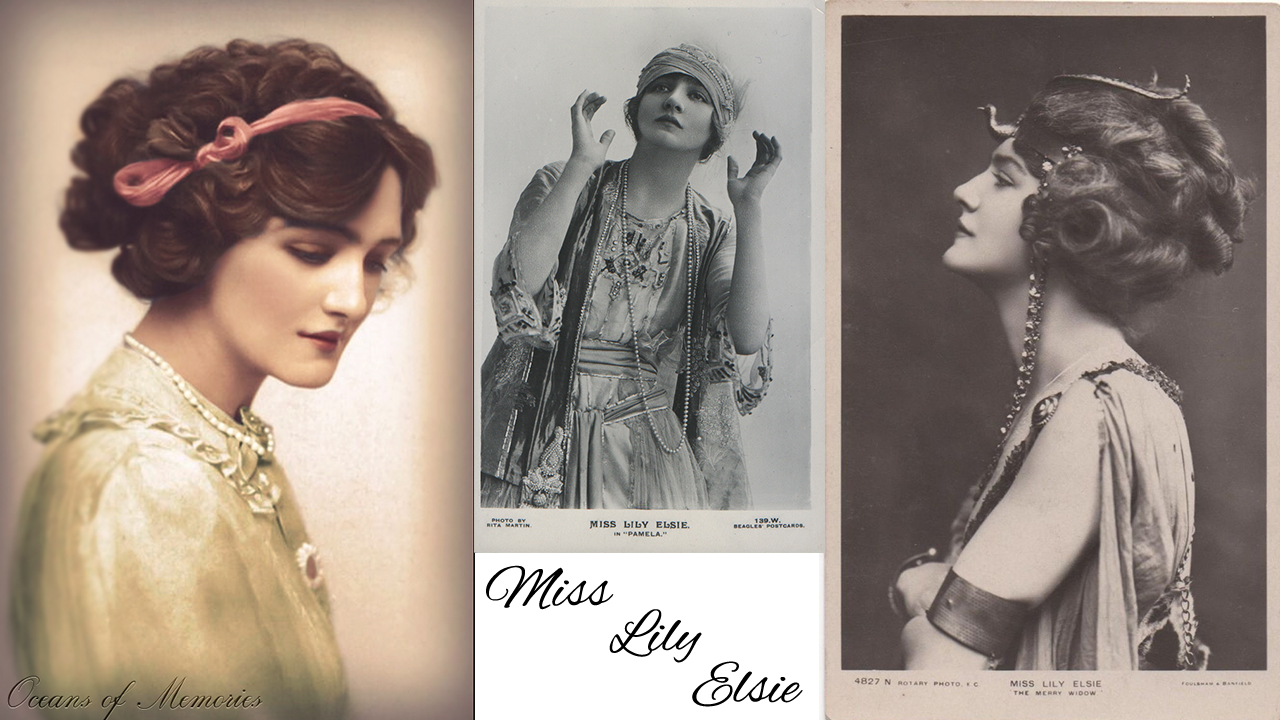 In 1918, she appeared in D.W. Griffith’s film, The Great Love, which also starred Lillian Gish. Sadly, there are no surviving copies of this film. Her second film, Comradeship was released in 1919.

She took another break from acting but once again returned to the stage in 1927 when The Blue Train opened at the Prince of Wales Theatre in March. Her final role came the following year when she starred in The Truth Game. This show opened at the Globe but ended its run at Daly’s, the same theater where she started her professional career as an actress (Stage Beauty).

Lily’s marriage to John Bullough ended in divorce in 1930. After the divorce, her physical and mental health continued to fluctuate. At one point she received a lobotomy. She spent her later years in and out of sanatoriums. She died at age 76 in December 1962 at St. Andrews Hospital in London. She will always be remembered as a premier actress of the Edwardian era.