The Musical Beauty of My Fair Lady

Being a part of the cast and crew of this musical has been a been a fun and educational experience, but the most fun is dressing the part. Whether we’re flower girls, opera or Ascot patrons, servants, ball attendees, or Alfred P. Doolittle’s cronies, we’re all enjoying dressing the part. It is a lot of fun to take a step back in time and become part of the Edwardian era as part of the cast of My Fair Lady. Val Schalk is our costumer. She works at Recollections, so we trust her instincts when it comes to clothing the cast. The most exciting part for us as a troupe, though, is Recollections designed and constructed Eliza’s costumes. They are absolutely stunning! 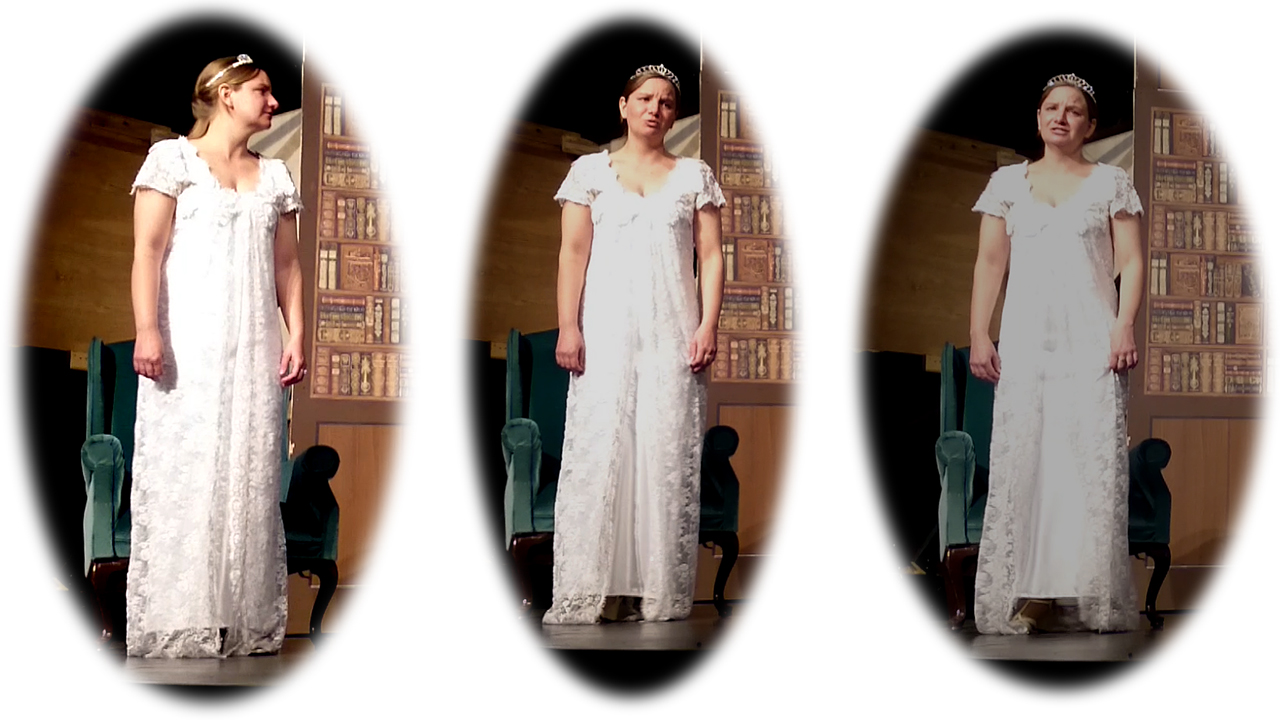 Eliza’s dress from the Embassy Ball

In a musical, all aspects of what happens onstage help to the tell the story, including the costumes. But, the costumes are only part of the picture we paint. We’ve been experimenting with the hairstyles of the day. Carly Claus, who plays various roles from a flower girl to a maid to an Ascot attendee and more, has helped others with ideas, coming to recent rehearsals with a few different experiments. Based on costume and character changes, most of the women are opting for the low chignon. The hats alone require something versatile that can withstand the changes. Jodi Collins is helping those who need a little assistance achieving ‘the look.’ 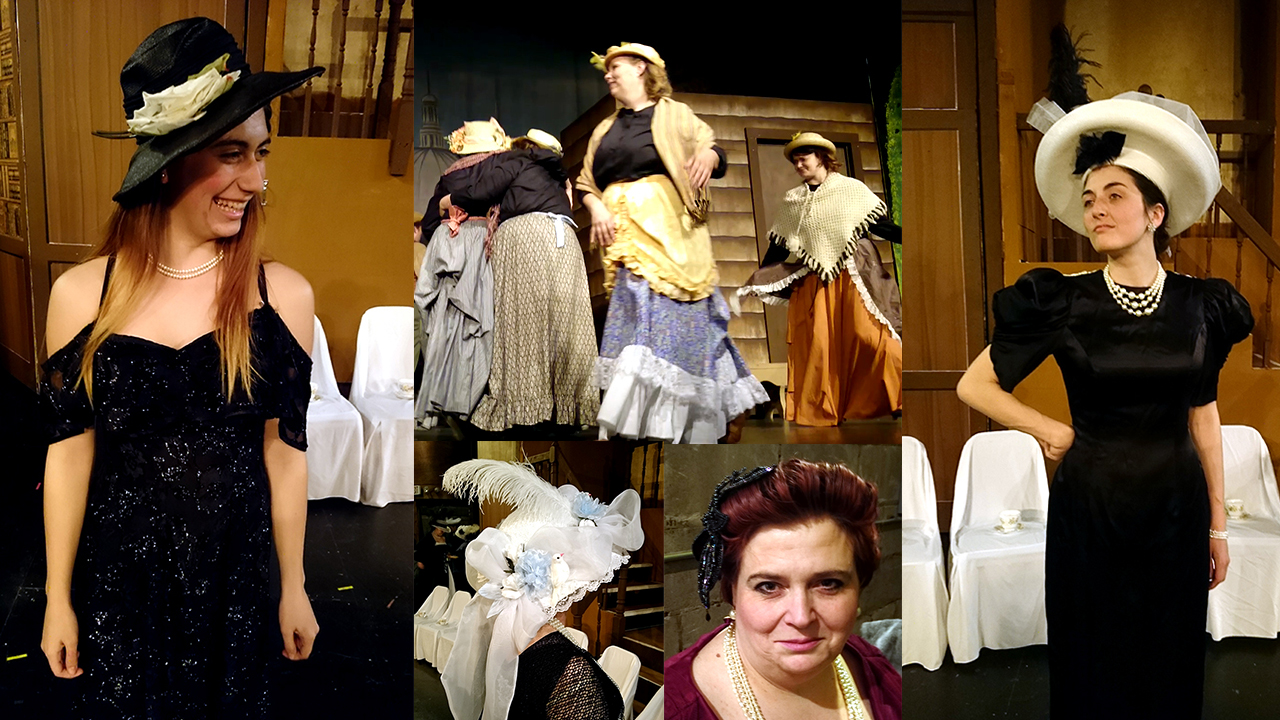 Women of RCCT’s production of My Fair Lady

For the flower girl/Cockney women costumes, we opted for a plain black or gray dress accessorized with the appropriate hats, shawls, and aprons. To become the servants, we use the same base dress, dropped the hats, and accessorize with appropriate collars, aprons, and gloves. We also change our shoes! We used coats, hats, and accessories to create a different look between the opera and the embassy ball. Everyone is dressed to the hilt in black and white for Ascot. Hats from Recollections rule the stage, and Eliza’s dress is every bit as stunning as Audrey Hepburn’s was in the movie from the 1960s! 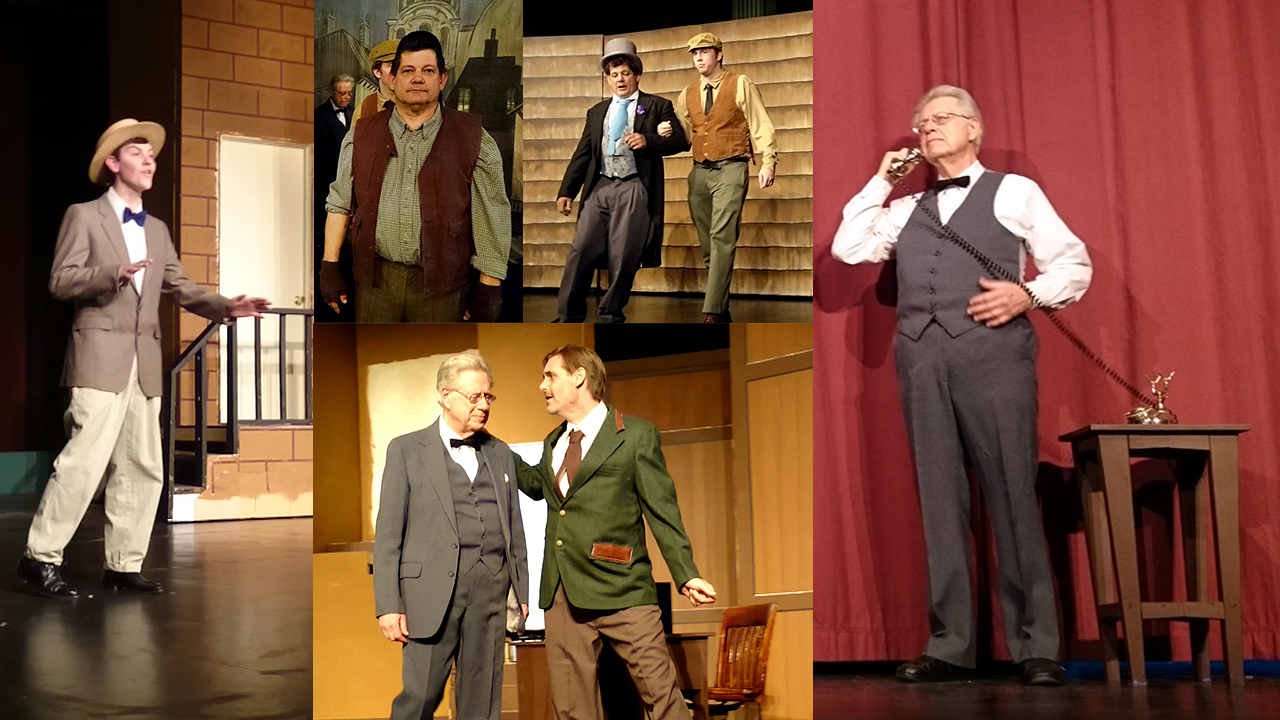 The men of RCCT’s production of My Fair Lady

As much fun as it was dressing up the ladies, it was just as much fun dressing up the men. From Alfred P. Doolittle’s transformation from dustman to groom is a sight to behold. Freddy’s costumes add a bit of whimsy. Higgins is unapologetic in his attitude which is reflected in his wardrobe. Pickering is impeccable in appearance.

Whether you are starring in this show or are part of the supporting players, it’s been fun spending time in the Edwardian era with Eliza, Higgins, Pickering, and company over the last 2 ½ months. We’ll be sad when it comes to the end, but we’ll hold onto our precious memories!

Find out more about RCCT’s production of My Fair Lady