Victorian Fashion as Inspiration for Steampunk

From the movies and pop culture, most of us know what parts of Victorian fashion were important. For instance, women’s ball gowns and bustles and men’s top hats and jackets are all recognizable elements of a Victorian wardrobe. However, a relatively recent innovation takes these iconic Victorian images and morphs them with a modern, sci-fi twist. Yes, we’re talking about steampunk. Steampunk began in the 1980s and now is more popular than ever. With everything from steampunk weddings to conventions and movies to television shows, most people have a rough idea of what makes up steampunk. However, the pre-constructed idea that many people have of steampunk doesn’t even begin to touch its limits. 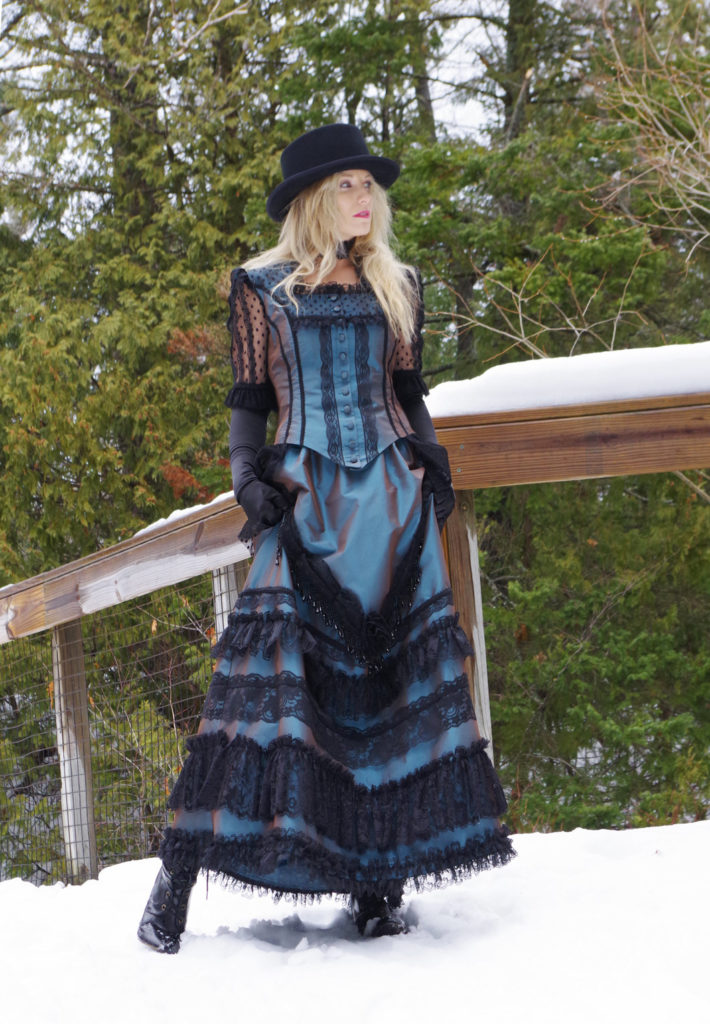 Steampunk uses Victorian fashion as a base to work from. This means that outfits can be incredibly traditional with a few twists and still be considered steampunk. It also means that the “iconic” images that we have in mind when we think of steampunk are not necessarily correct. The goggles that you see everyone wearing and the gears that are attached to everything may be steampunk hallmarks, but they are not necessary for a steampunk ensemble. The steampunk sub-genre is all about exploring Victorian fashion and culture, and lucky for the genre, there are plenty of photographs to give firsthand inspiration. It’s all about taking an element from the Victorian area and drawing inspiration from it. Many steampunk authors set their works in post-apocalyptic worlds where steam energy is still widely used, which ties in the goggles and gears that became a necessity in the industrial revolution. However, this is just a starting point—there’s no end to what you could do with your steampunk inspired clothing.

If you’re interested in steampunk, research it some more. One of the easiest ways in which you can become most involved in the steampunk community is to begin with a piece of Victorian fashion and then reworking it on your own. Recollections can provide you with all sorts of Victorian fashions, including bustles, hoops, and even men’s fashions. Take a look at some of our Victorian clothes to begin drawing inspiration for your first steampunk look.

The crimson dress is the Romantic Era Early Victorian Dress by Recollections.

The teal ensemble is Parthenia from Recollections.