More than 110 years ago the cornerstone the Elks Opera House was laid on East Gurley Street in Prescott, Arizona. The local Elks Lodge saw a need in the community and decided to incorporate a theater into the plans for their new building. Residents and lodge members raised the necessary funds, and the grand opening of the Elks Opera House was held on February 20, 1905. The venue had 900 seats and eight dressing rooms, and was often used for balls, civic presentations, and high school graduations.

With the advent of silent movies, the theater started offering films in 1916.  A small orchestra provided the accompanying music. Movies remained the mainstay of the Elks Opera House through the 1970s. Live performances returned in the 1980s. 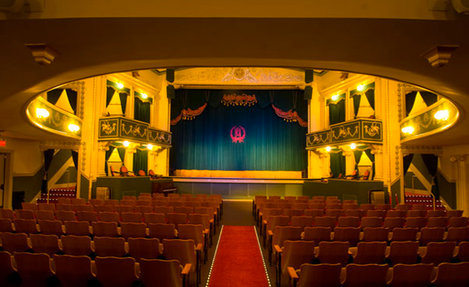 The Elks Opera House was placed on the National Register of Historic Places in 1982; the same year the Arizona Community Foundation purchased the building. The theater was managed by Yavapai College until 1992, when their own performing arts center was built.

The City of Prescott bought the building from the Arizona Community Foundation in 2001. In 2002, the Elks Opera House Foundation was formed. The city and the foundation started working toward the common goal of restoring the building and venue to its former glory. On December 9, 2006, “Bill,” the Arizona copper elk that adorned the top of the building until 1971 when the Elks Lodge moved it to their new building, was returned to its original position.

Renovations that didn’t interrupt the operations of the theater continued until 2009, the house went dark for one year.  On July 24, 2010, the Elks Opera House reopened with a gala celebration.  The restoration returned to building to its original beauty; the architecture representative of the transition from the Victorian commercial styles of the 19th century, to the Sullivanesque and Neo-classical designs of the early 20th century.

Today, the Elks Theater Performing Arts Center owns the building. They purchased it from the Prescott City Council in December 2012. The new owners promise to operate the Gurley Street building as a performing arts center in perpetuity. 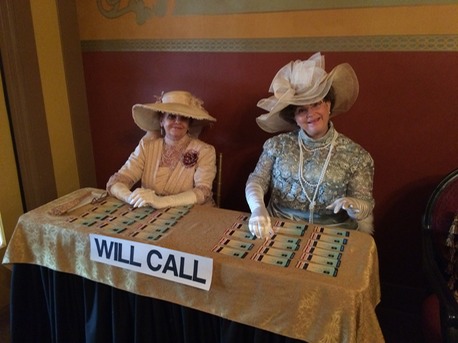 The Elks Opera House Guild offers the community opportunities to participate in the life and times of this magnificent building. Their docent program requires members (both men and women) to dress in clothing from approximately 1860 to 1912 when appearing on behalf of the opera house. This represents Prescott and Arizona’s period from First Territorial Capital to Statehood.

All docents are required to volunteer at least 50 hours per year in the theater, including times when the building is open but no show is being presented. They are also required to learn about the opera house and clothing history of the period. Some knowledge is provided through training, but independent study is needed. You can see that being a docent is fun, but requires a commitment!

The Guild is also very active in the community.  They host and participate in events. The Easter Promenade is a favorite and several tea events take place during the year, including their annual Victorian Tea. According to Sue McDonald, an opera house guild member and Recollections blogger, the theme for this year’s Tea was  “A Proper Victorian Lady: Fans, Feathers, and Fine Lace; Dance Music, and Song.” What fun that must have been for those in attendance! Sue serves on the Elks Opera House Guild’s Planning Committee and serves as Community Liaison. 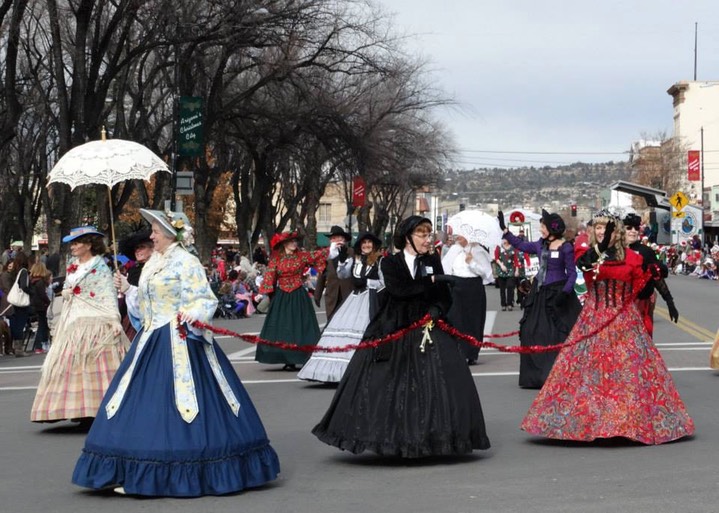 Information and photos for this article obtained from: The Elks Opera House; http://www.elksoperahouseguild.com/

Stop by for a visit and see all of the wonderful things the Elks Opera House is doing in Prescott, Arizona! You may see some of their members in Recollections fashions!