Victorian Dresses of the Civil War

Do you wish you could look just like the elegant Scarlett O’Hara or the sweet Melanie Hamilton? Well, you wouldn’t be alone. Civil War era gowns are an incredibly popular style of dress for reenactments and costumes for themed parties. And, they should be. These beautifully styled gowns have plenty of ruffles and frills that would make any woman feel pretty. Victorian dresses went through a series of changes, and the Civil War era constituted a specific style. But, what are some of the consistent themes of Civil War era clothing? 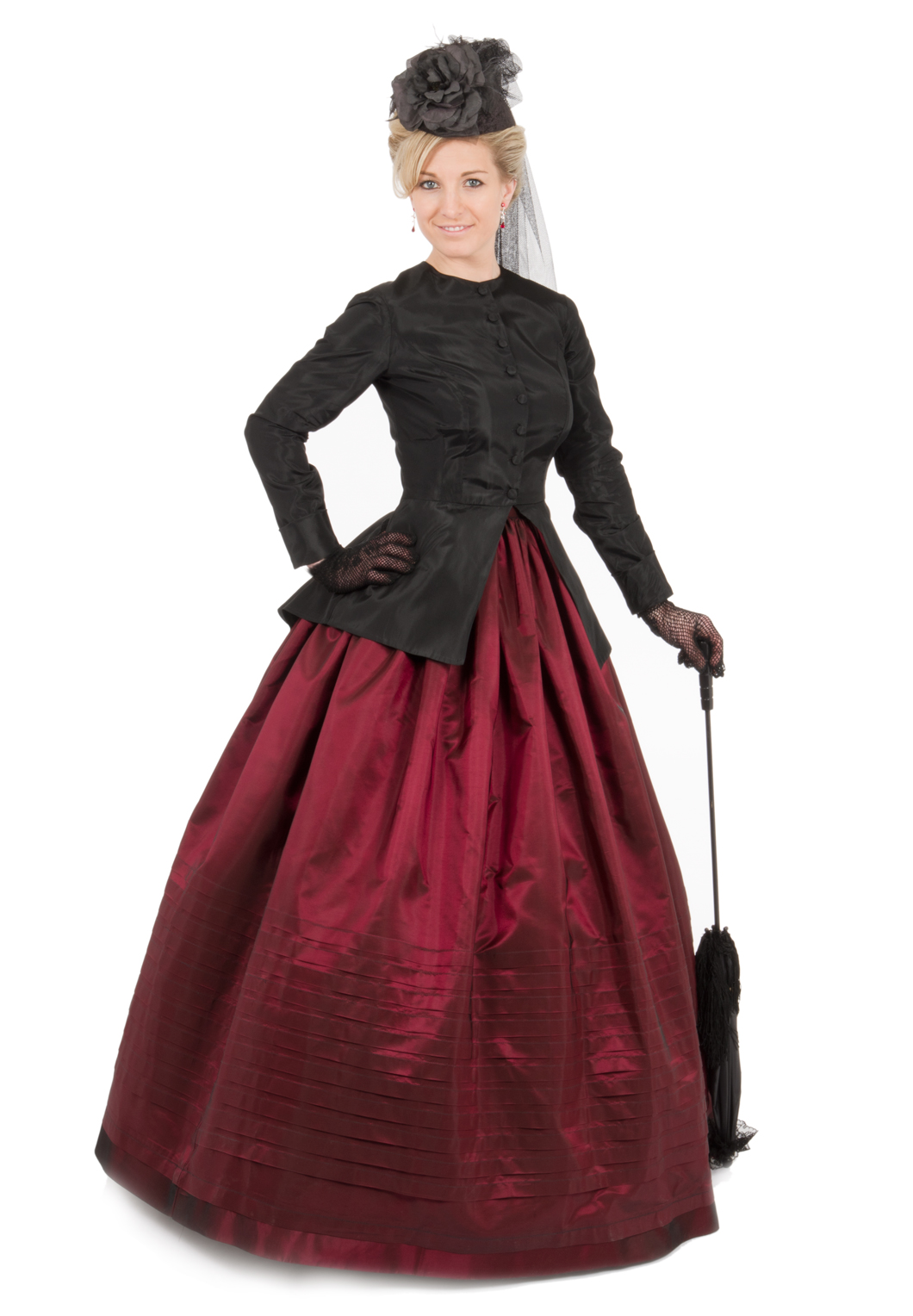 The hoop skirt was a major part of Civil War dresses. Even everyday gowns had hoops in them. This was not uncommon for Victorian dresses in general—hoops and corsets were in fashion for most of the era until the 1870s. The dresses that went over the hoop skirts could be made of nearly any material. For day dresses, they were generally made of a calico cotton or lighter fabric. The sleeves on these dresses were anywhere from ¾ length to full length, and sometimes were poufy. Leg-o-mutton sleeves, which were wide at the top of the shoulder and then tapered at the wrist to literally resemble a leg of mutton, were emerging as a style. They could be seen in many of the blouses that were in this era, which would then be paired with hooped skirts. This more conservative style was considered appropriate for daywear, however evening and ball gowns were much more risqué. Dresses that were for evenings or parties were made of taffeta or more expensive fabrics like silks. Because they were meant for special occasions, these evening Victorian dresses also feature more intricate beadwork and lace. These dresses were not strapless, but they did not offer the same sort of coverage as day dresses. Many times they would only have off-the-shoulder capped sleeves, which showed a lot of skin for the time period. Victorian fashion always called for many different kinds of accessories, and that remained true in the Civil War Era. Bonnets and sunhats were the hats of choice, and because the dresses were so heavy and cumbersome, fans were always available. As for shoes, these dresses were worn with leather boots.

Recollections can help you create your perfect Civil War look. Whether you want to be line dancing at a rally or attending a barbeque at Twelve Oaks, we have the right dress for you. We also have all of the accessories necessary to complete your ensemble. Take a look at our Victorian dress inventory to get started building your Victorian dress collection!