The Victorian Bodice – It’s All About the Waistline: Part 2

At the beginning of the 1870s, most bodices extended to the natural waistline. A tunic (overskirt) was often fitted over the bodice using a belt featuring a large bow in the back. It was during this time that a detachable basque, or very short overskirt, came into fashion. Soon, the basque was attached to the bodice causing the bodice to once again extend over the hips. The shoulder line returned to a more natural position for the most part. Special occasion bodices continued to be off-the-shoulder and trimmings framed the neckline. 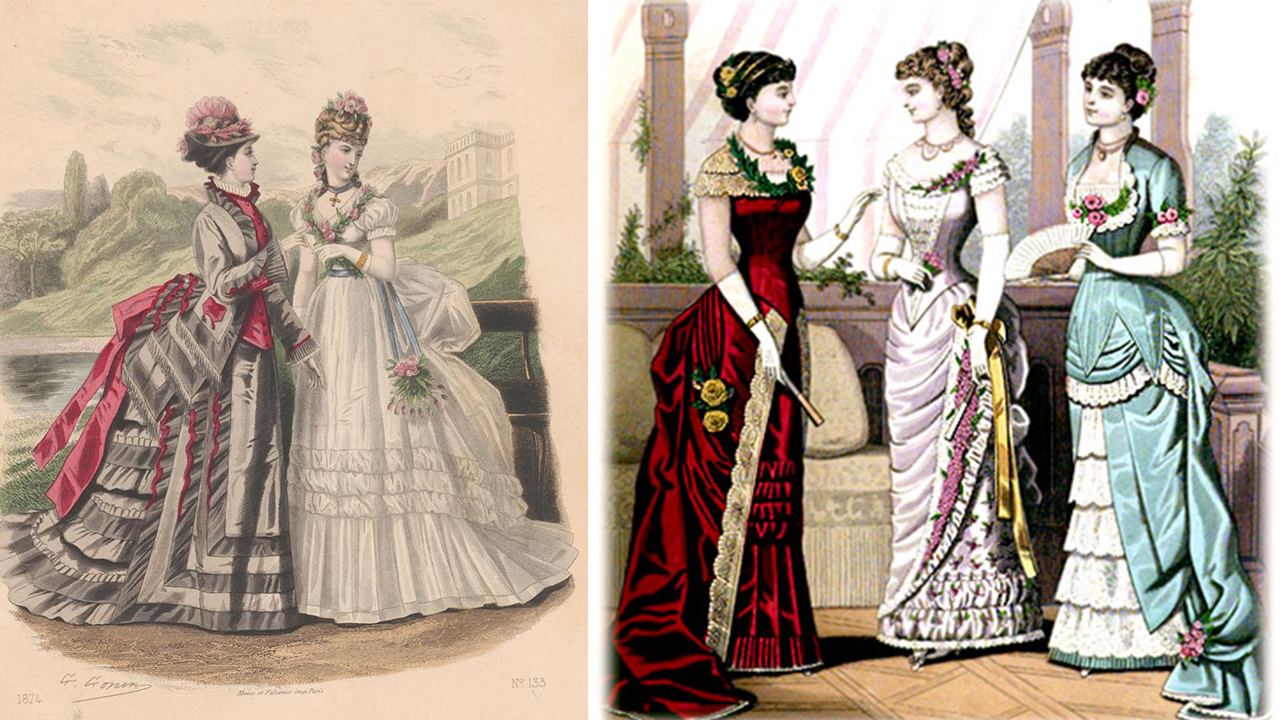 The revival of the polonaise first appeared around 1873. It combined the bodice and overskirt into one garment and took on many shapes and styles and was inspired by styles from Poland. Polonaise overskirts could be worn down or gathered up to create a bustle effect. Necklines took on various shapes from high (collared or collarless) or small ‘V’ for daywear, square, or heart-shaped ‘V’ for evening formal wear. Chemisettes or berthas continued to offer a layer of modesty to the bosom. Shoulder lines improved but still remained lower than the natural line. By the mid-1870s fashion became all about the skirt and Cuirass bodices (long and smooth) gained popularity, with simpler trims. By the end of the decade, the shoulder moved to its natural position and bodice trimmings extended vertically down the center front.

When the bustle returned in the 1880s, the bodice once again shortened to above the hips. Bodices for evenings were often sleeveless but rested on the natural shoulder. Daytime necklines were very high and collared. Bodices simulated vests through the use of shawl collars and jackets through the use of revere stylings. 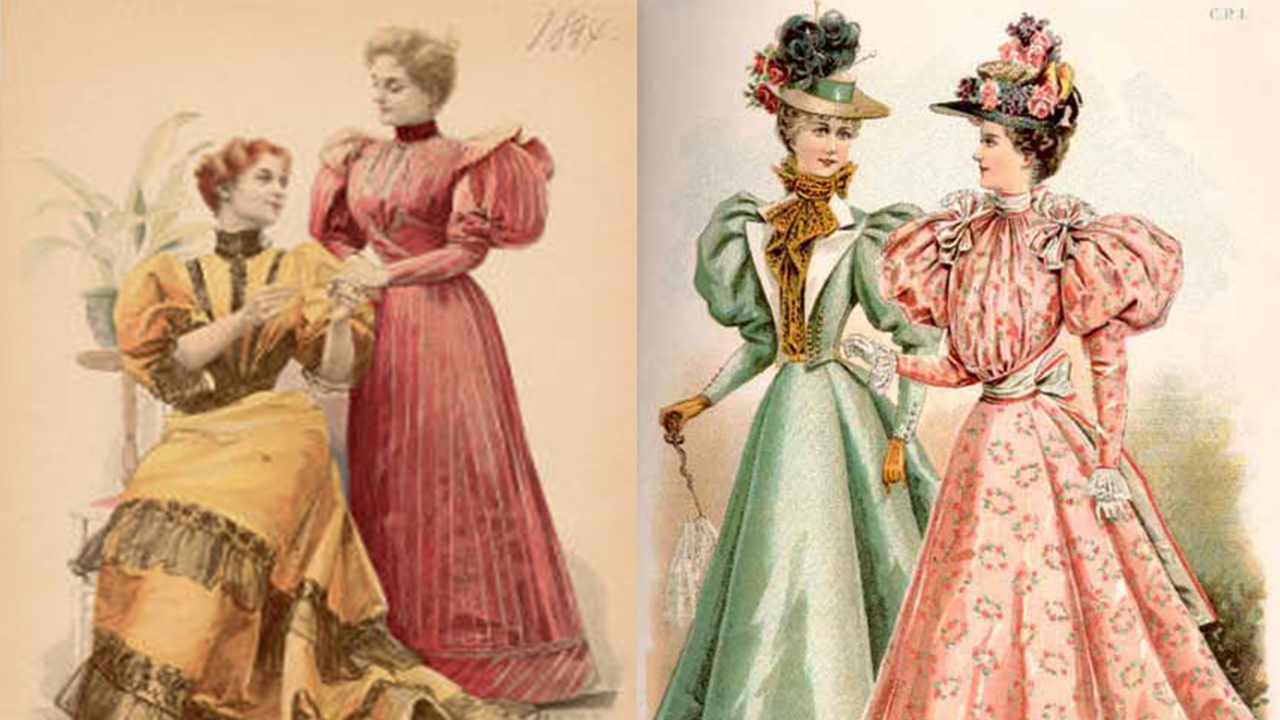 By the 1890s, the bustle disappeared which allowed focus to slowly return to the bodice. Bodices were short, ending at the hip, or extend longer to look like a jacket. Collars widened at the shoulder and were often quite frilly. With the advent of the tailored look, bodices often looked like jackets for daywear and women who were in the workforce. The bodice got even fuller at the bust, which helped to create the illusion of the fashionably small waist. By the end of the decade, the silhouette was dominated by the straight-front corset and the pouter-pigeon bodice, which segued into Edwardian era fashion.