The Victorian Bodice – It’s All About the Waistline: Part 1

The transition to what we consider Victorian era fashion occurred during the 1830s with lowering of the waistline from under the breasts to its natural position. It was during this decade that necklines widened and the bodice evolved into the V-shape we associate with the first hourglass silhouette.

The tight fitting bodices of the early Victorian era reflected the ideals of the era. Women were expected to be shy and retiring, and this was reflected in the fashion of the day. The shoulders of the bodice moved away from its natural position and down the arm, and the corset reinforced (or created) the dainty waistline. 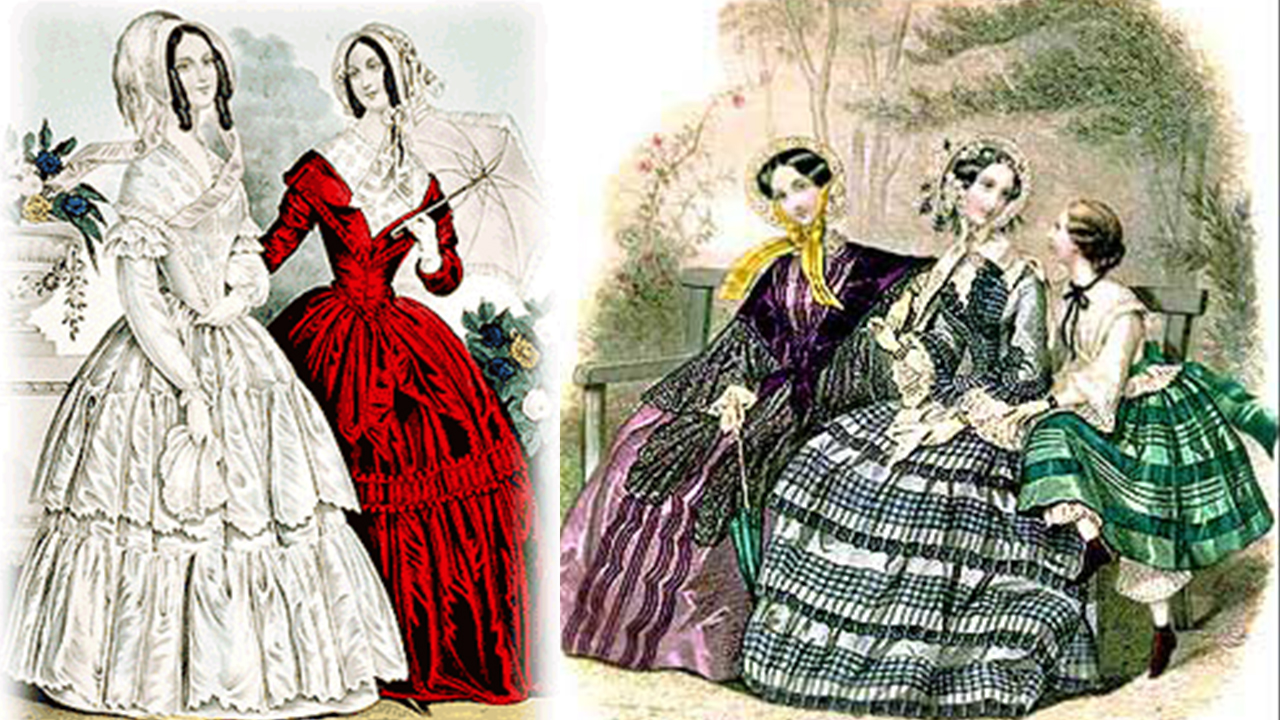 By the 1840s, the natural waist was often slightly longer than the natural waistline and accentuated by a deep V-shape in both the front and rear of the bodice. The shoulder line of the bodice fell so far down the upper arm as to restrict the movements of the wearer. Necklines were low and sweeping in eveningwear often requiring a chemisette or a bertha to cover the bosom. Even daytime necklines were deeper and wider than those later in the period. While French bodices of this time period fit smoothly against the body, English bodices were often softened with folds of fabric and gathers creating what was known as the ‘fan’ bodice. The trimmings of the bodice started wide at the shoulder and were brought down in a V-shape to the dropped waistlines in the front and back, accentuating the fan bodice which helped (along with a tightly laced corset) create the conical shape.

Bodices were often not attached to skirts during the Victorian era, which became more apparent during the 1850s. The jacket bodice gained popularity during this time, often extending well below the hips. These bodices were sometimes made in a contrasting fabric. 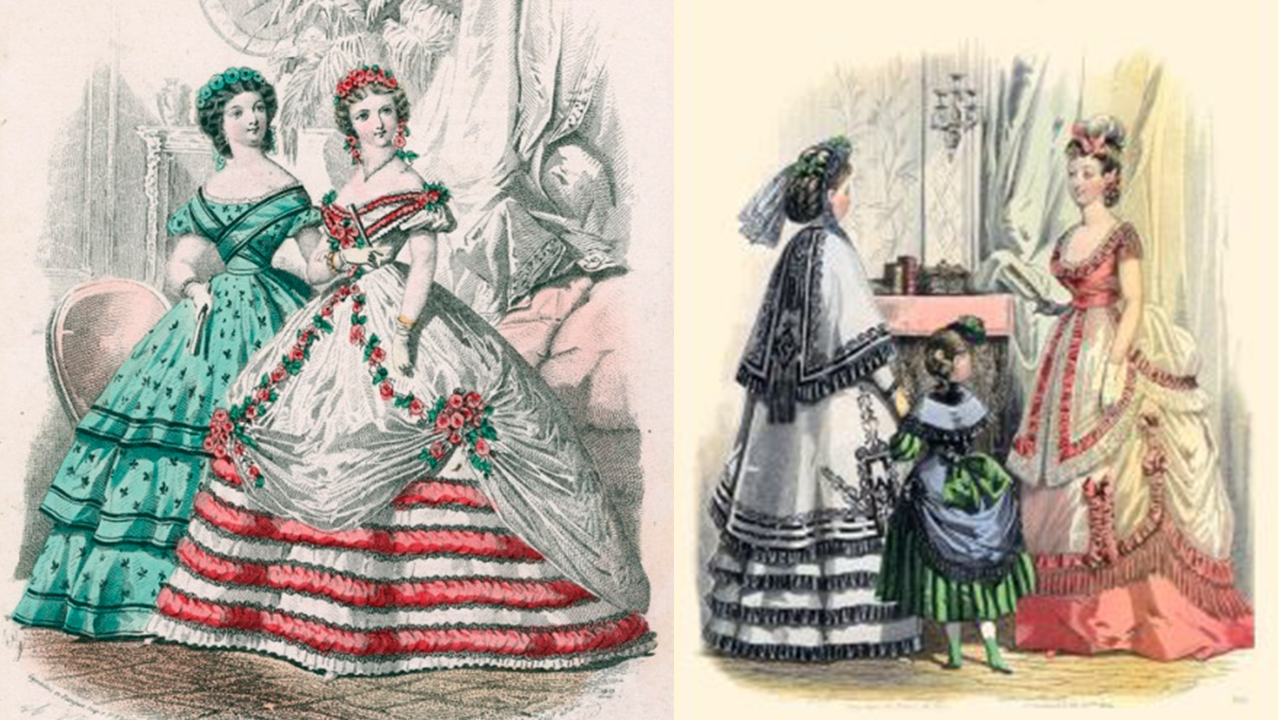 The 1860s saw the return of the natural waistline in bodices for casual wear. A Spanish-style jacket worn long or cropped was also in style during this time and was worn over a blouse to create a different look for daywear. For formal occasions, the bodice often consisted of two long points in the front and one or three long points in the back. By the mid-1860s, the natural waistline gained popularity for formalwear, also. Charles Worth introduced princess seaming and the ‘postillion’ bodice during this decade. This bodice featured long tails down the back and became a popular style for many years.