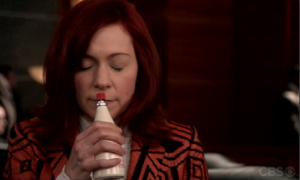 The Good Wife has been a staple of the CBS line up since first arriving in living rooms in September, 2009.  The legal and political drama stars Julianna Margulies as Alicia Florrick, the title character of the show.  From the first episode, fans have been interested in fashions worn by the various characters in the show. 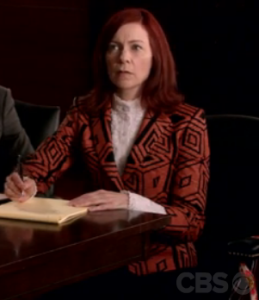 The series has its own costume designer, Daniel Lawson, and all one needs to do is search the Interweb to find what seems like a limitless supply of articles dedicated to the fashions worn by the cast.  Mr. Lawson even started his own clothing line based on the series.  But, there are times when he chooses to outsource some of the costumes. 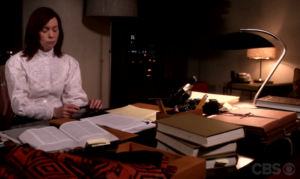 Recollections received the call early in September.  Actress Carrie Preston’s quirky recurring character, Elsbeth Tascioni, needed a blouse as unique as her personality, and it had to pull special duty during one of her scenes in an upcoming episode.  The contact wanted to know if the job  could be done with almost no turn around time.  Accepting the challenge, the seamstresses made five copies of Victorian Blouse 706 practically overnight; four of them with buttons attached by only one thread.  Hmmm… 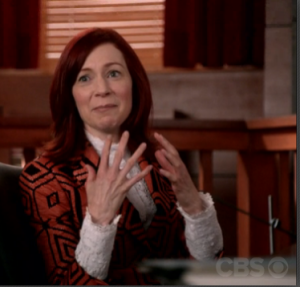 We’re not going to give it away here, but if you want to find out what happens to Elbeth Tascioni and Victorian Blouse 706, watch the “Old Spice” episode.  Pay close attention starting around the 30 minute mark…  We don’t think you will disappointed, even if you’ve never before watched an episode of The Good Wife. 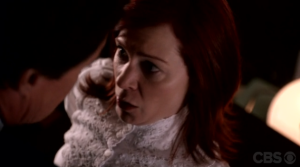