The Gibson Girl: New Ideal for a New Century

Women were in the forefront of societal change during the last decade of the 19th century. The woman of the 1890s was athletic, independent, and educated (thanks to recent access to higher education). She was on the cusp; coming into her own.  Some women worked outside of the home, and some even took advantage of new divorce laws to free themselves from marriage. They were also fighting for the right to be involved in the political process by voting. The woman of the 1890s scared the pants off the status quo.

Enter Charles Gibson, who was already a popular illustrator. He wasn’t enamored with the ‘new woman.’ He used his pen and paper to create illustrations of a kinder, gentler female; an ideal filled with curvy silhouettes and lots curvy, flowing hair. He created a look that appealed to the young and to the famous. Blakemore relates that the Gibson Girl “rode bikes, wore casual clothing, and flaunted her attitude, but was above all beautiful and anonymous… You wouldn’t see her at a settlement house or a suffrage rally, but you might spot her by the Ouija board or by the sea, working her hose and bathing costume with all of the self-conscious hauteur of a Kim K. selfie.” 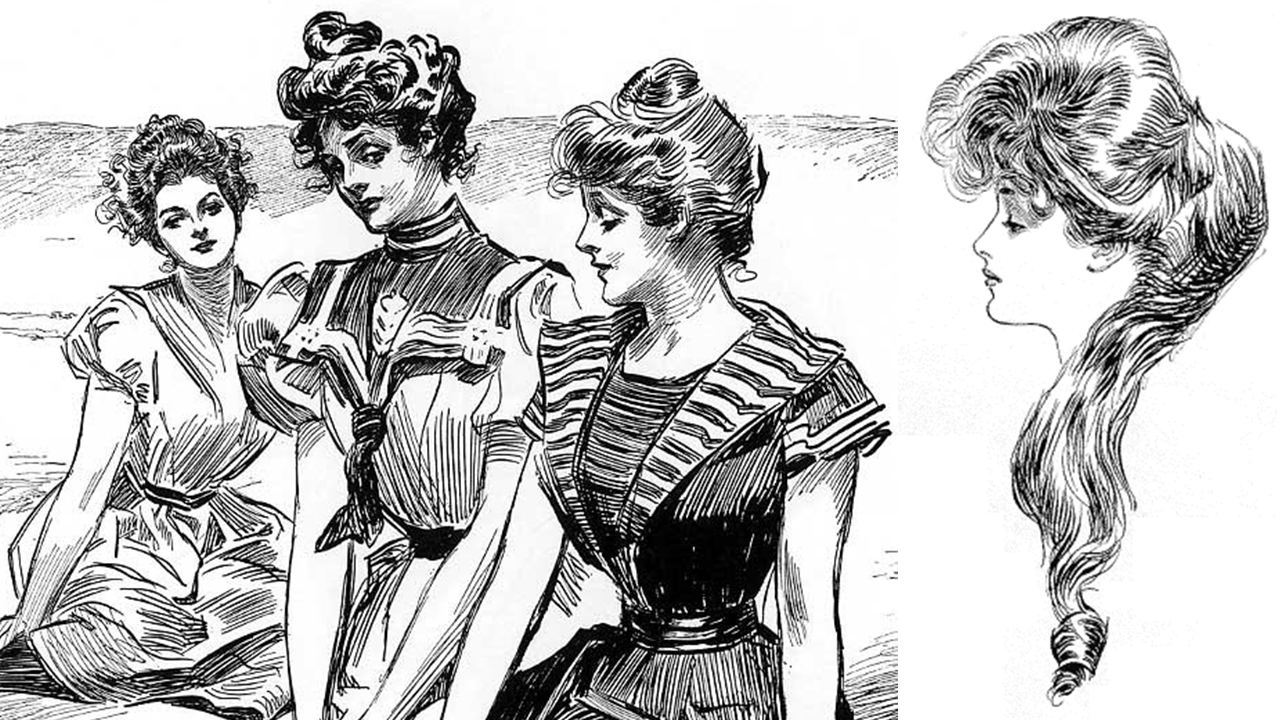 The original Gibson Girls were Evelyn Nesbit, arguably the world’s first supermodel; Camille Clifford, a famous singer from Boston; and Irene Langhorne, a socialite who eventually became Charles Gibson’s wife. Nesbit was the model for his most famous drawing, “Woman: The Eternal Question,” where he drew her long locks flowing gently away from her face and neck in what resembles a question mark. The first illustration of the Gibson Girl appeared in Harper’s Weekly in the 1890s. 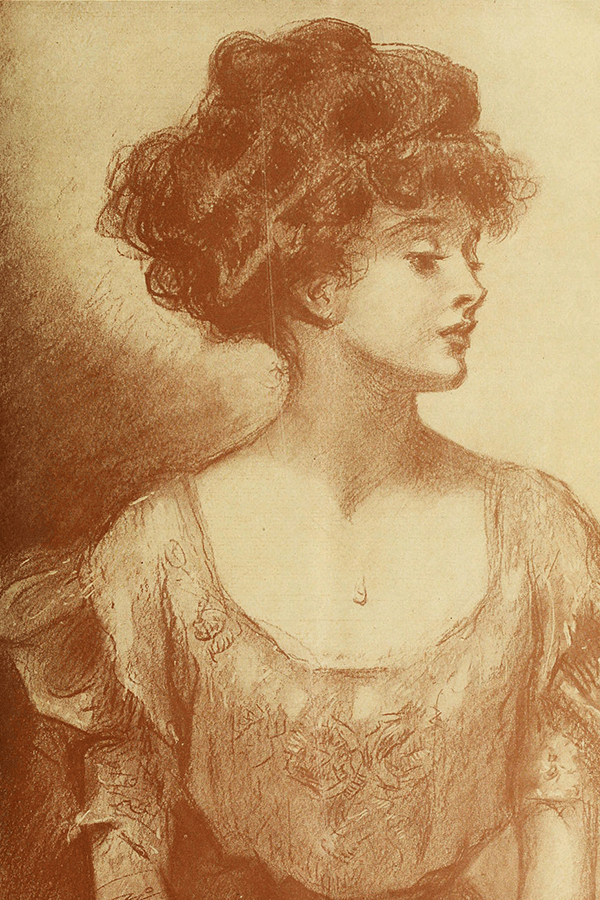 In addition to long hair piled on top of her head, the ideal Gibson Girl was also tightly corseted. She was known for her tiny waist and ‘S’ shape silhouette. Achieving this shape was no easy feat. Often, a woman would shave up to six inches off her natural waist. Waists were so tiny that one wondered if she had her floating ribs removed to achieve the look. This is just a myth, however. Without the straight-front corset, the ‘S’ shape could not happen. It forced the bottom of the spine outward causing a sway resembling an ‘S’ in her posture.

The Gibson Girl ‘look’ lasted until the onset of World War 1. By then, women were ready to be liberated in more ways than one. The first thing to go was the corset. This opened up the door for more comfortable, practical clothing.

D.W. Griffith directed “The Gibson Goddess” in 1909. It is an eight-minute comedy based on the premise of the female protagonist having a pack of admirers. You may view it at archive.org.