Long and Short of Sleeves during the Victorian Era

Whether they were short or long or somewhere in between, sleeve styles of the Victorian era created an interesting canvas upon which fashion designers could make a statement. Here are a few examples. 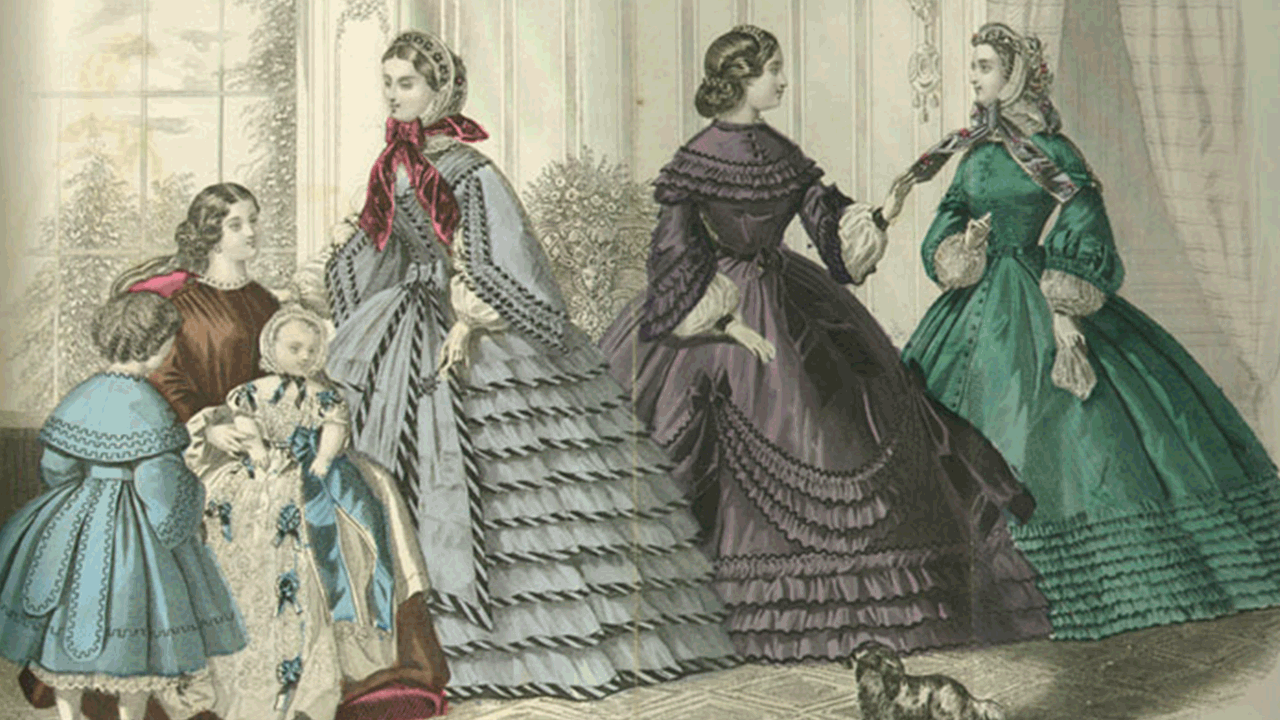 Fashions of 1861 from Godey’s Lady’s Book

Bell sleeves came into fashion during the 1840s. The armholes were small and wide at the opening, whether the hem fell at the elbow or the wrist. This type of sleeve was often worn with an undersleeve, known as an engageante. These undersleeves could be seen peeking out from under the bell sleeve and were gathered tightly at the wrist. They were separate from the garment and removable for laundering.

Dolman sleeves were closely fitted during much the Victorian era and were part of the military look in fashion. The word also came to interchangeable with mantle (cloak) during this time, which is closer to its original meaning as a loose-fitting robe. Dolman jackets or mantles of the latter part of the 19th century also had the loose-fitting sleeves that resemble the modern dolman sleeve. 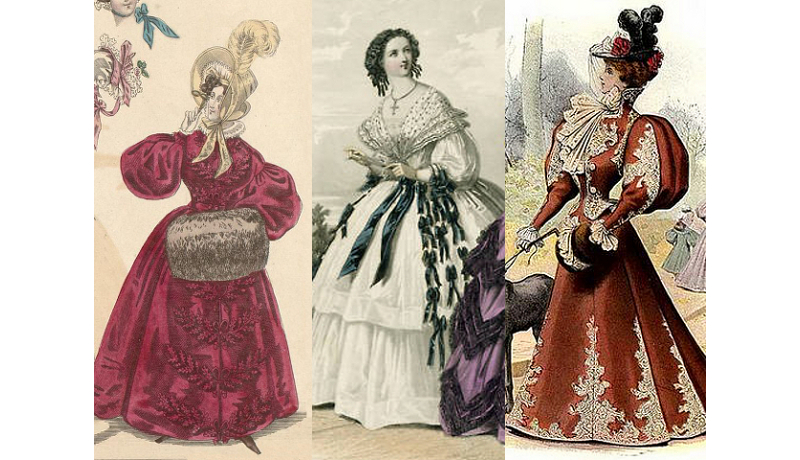 Gigot, leg of lamb or mutton and puff were in and out of fashion during the Victorian era. Sometimes the puffs were huge and other times they were small. The one thing that they had in common was the puff at the shoulder that came together in a tight fit. Sometimes the puff stopped at the elbow and the lower arm was swathed in tight-fitting fabric to the wrists. Other ways of wearing this type of sleeve included one long puff that ended in a tight cuff at the wrist, elbow, or upper arm.

Pagoda sleeves is a term that is fairly interchangeable with bell sleeves but mostly referenced flounced bell sleeves. The flouncing made the sleeves resemble the pagoda roofs of China. During the 1840s and 50s, the opening of the sleeve was narrowed to the point where they were often separate pieces and attached to the bodice with ties. 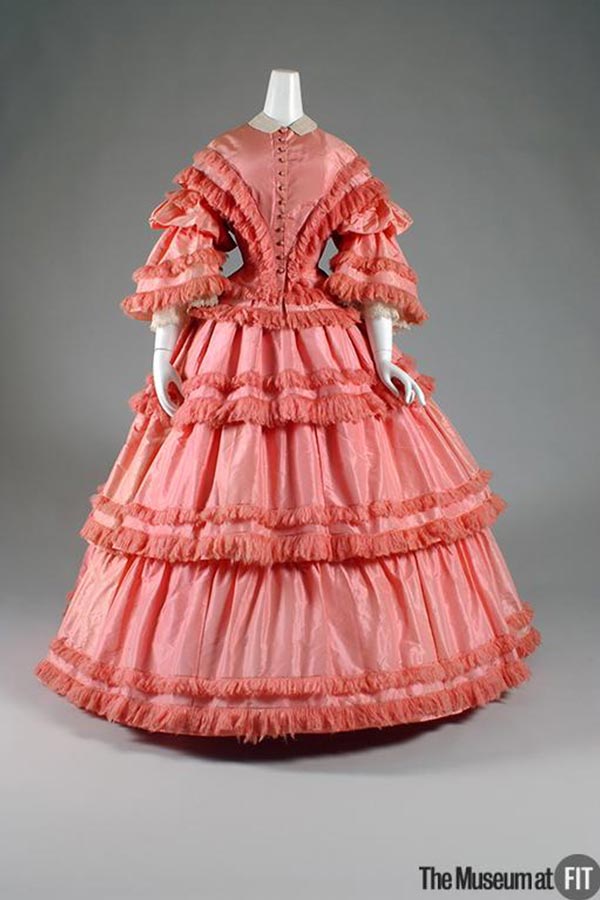