Edwardian women must have spent most of their time dressing for whatever came next in their day/night. It wasn’t unusual for upper-class women to have at least six changes of clothing for a weekend outing. One needed to dress for shooting, hunting, lounging, promenading, dining, and more. No accessory was more important to finish off the properly attired Edwardian women than the hat. 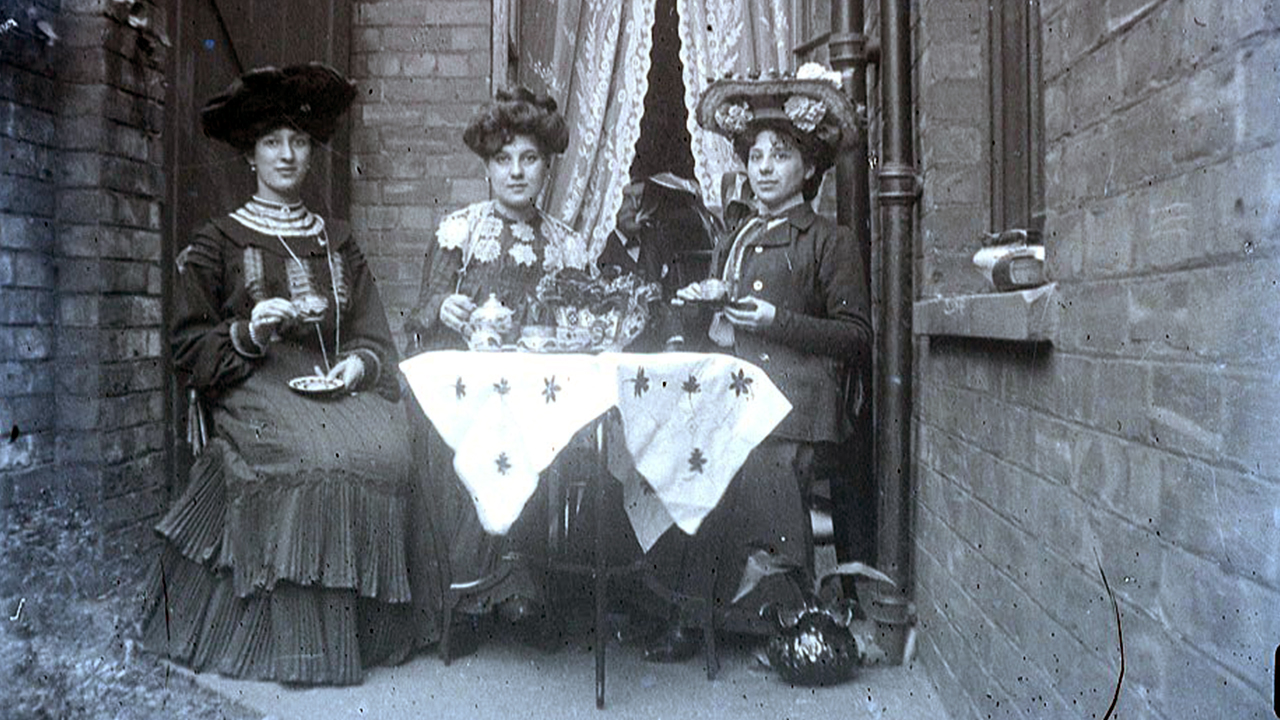 The pads and frames that accompanied the popular pompadour hairstyle were perfect for securing them to ladies’ heads. Often hatpins of up to 18” in length were used to secure hats to hair. Hatpins also became an improvised defense against unwanted advances.

The Edwardian era is probably best known for the large-brimmed variety, such as those seen in the movie My Fair Lady. However, hats of the era took on a variety of shapes and sizes. At the start of the first decade of the 20th century, they were still swirly and swooped around the head. Pauline Weston Thomas of Fashion-Era.com describes early Edwardian hats as having “lavish brims swept around the face creating an illusion of a hat suspended as if by magic on the head… an amorphous mass swathed in tulle and smothered in flora, rosettes or plumage. After 1903 large lace veils gave an impression of the hat being a frothy mass.” It was also fashionable to cantilever the hat over the face, almost to the eyes. Wide, brimless hats, known as toques, were also popular during the era.

As silhouettes became more slender, hats became wider and veils disappeared. Even toques were designed to sit properly on a pompadour. A musical titled ‘The Merry Widow’ opened in London in 1907. An actress named Lily Elsie was the leading lady. Her costumes, including hats, were designed by Lucile, a popular designer of the day. The black wide brimmed plumed hat was as popular as the actress and the play. This style of hat remained popular until 1914. 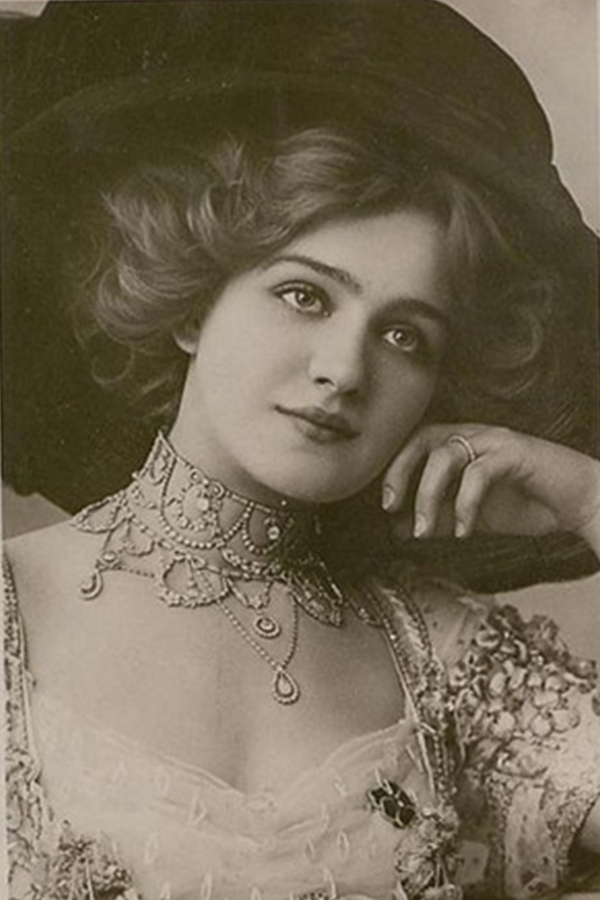 Hats became wider and more elaborate until about 1911 when brims often extended beyond the shoulders. They were festooned with feathers and sometimes whole birds. During summer dried or lace flowers and sometimes even leaves and twigs adorned them. They overflowed with lace, bows, and tulle. Coco Chanel called them ‘birds nests’ and refused to design them. They framed a lady’s face in such a way as to become known as Picture hats. They became so tall and wide that they became the butt of jokes. Theaters requested that ladies remove them before performances and movies, but that was no small feat.

Plumage and stuffed bird use was so widespread on hats of the era that there was a considerable concern for the safety of the birds. Laws were enacted to protect birds which caused milliners to use more ribbon and tulle instead. Feathers were limited in use but large in size. Ostrich farms switched to feathers that were removed through preening or other natural causes creating a sustainable system in which birds were not harmed for the sake of making a hat.

The growing popularity of the cinema held sway over Edwardian fashion. The Vintage Dancer website relates that Tricorne and bicorne hats were popular after the release of The Three Musketeers. They were no longer just round. Folding up the corners in different ways created various shaped hats. Veils also returned, but this time in the form of a long scarf that wrapped over the hat and under the chin so the wearer could enjoy a day of motoring through the countryside. Another popular style was the Tudor beret evening hat. It was made of velvet and plush and was inspired by men’s hats of the Renaissance. The Tudor beret featured a single wisp of a feather vertically attached at the front of the hat. This made the wearer appear even taller than the slim dresses of the day.

Hat size was retreating by 1913. Crowns were still high, but brims were smaller. This trend and the austerity measures of precipitated by World War I furthered the demise of the fancy Edwardian hat.