As the Victorian era neared its end, hair was as reined in as the clothing. Small hats complemented the fashion of the day. But, as the 1890s drew to a close, hair grew larger (rock bands of the 1980s had nothing on these ladies) and hats followed suit. We may have Charles Gibson to thank as the Gibson Girl look took hold with slim skirts and flowing pompadour hairstyle. The proper hat had to be designed to complement the fashion.

It seems that as skirts slimmed closer to the body and hairstyles increased in volume during the Edwardian era, ladies’ hats grew ever wider and sometimes taller. But, was it the hair that prompted the hats to grow larger? Or, was it the hats that prompted women to wear pads (rats) and frames of false hair in an attempt to support them? It’s kind of a chicken/egg question as it seems that they competed with each other for a while to see which would win the ‘big’ battle. 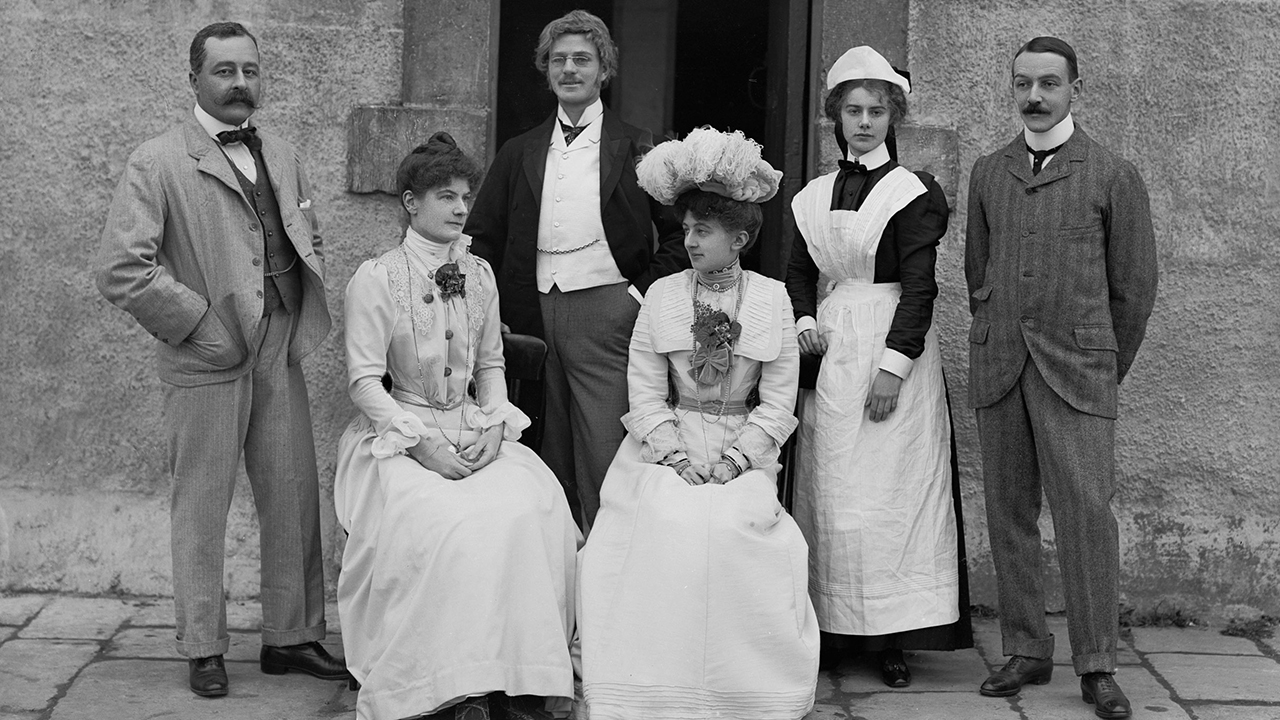 How did they achieve that poufiness?

At the beginning of the Edwardian era, the pompadour was the hairstyle of the day. In addition to pads and Pauline Weston Thomas of Fashion-Era.com tells us that back-combing into a plait or flat coil drawn to the crown of the head was used to achieve the look of full, soft luxurious tresses.

When a product called a transformation, or pompadour frame, was introduced in 1902, it brought abundant waves to all women. A woman’s own tresses were built up and smoothed over the base creating the illusion. There were different frames for different styles. Some lifted the hair up, some lifted the hair out the sides of the head. Thomas tells us of another, referred to as the Marie Stuart frame, that “gave a heart-shaped Elizabethan look to hair once covered over with billows of hair natural or false.” 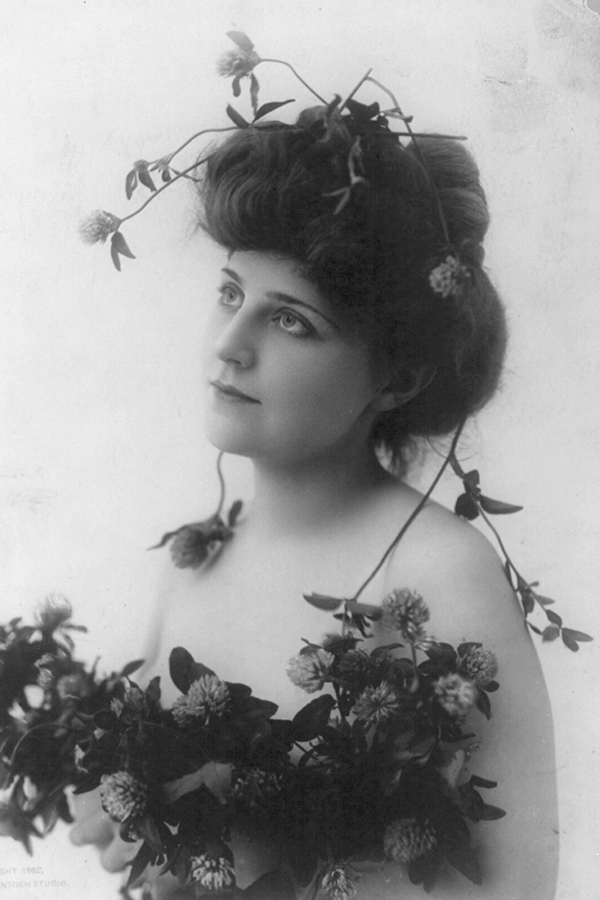 What to do with all of the excess?

The pompadour hairstyle used leftover locks in a variety of ways. The style was finished off using a bun (sitting on the top of the head), a chignon (sitting low on the nape of the neck), or twisted into a coil that could be shaped down the back of the head.

Curls were also very popular during the Edwardian era. Women used curling irons heated in the fire. Waving irons were used to create frizz. Sometimes the tongs were wrapped in newspaper to protect hair. However, burning was common, which sometimes led to baldness!

The first permanent waving machine was introduced in 1906. It was the invention of a German hairdresser named Karl Nessler. But, getting a perm using this machine was costly and very time-consuming, often taking up to six hours to achieve. And, there was just as much potential for damage using this machine as there was using home curling and waving irons. But, fashionable women who could afford it lined up for the opportunity to have the first salon perms.