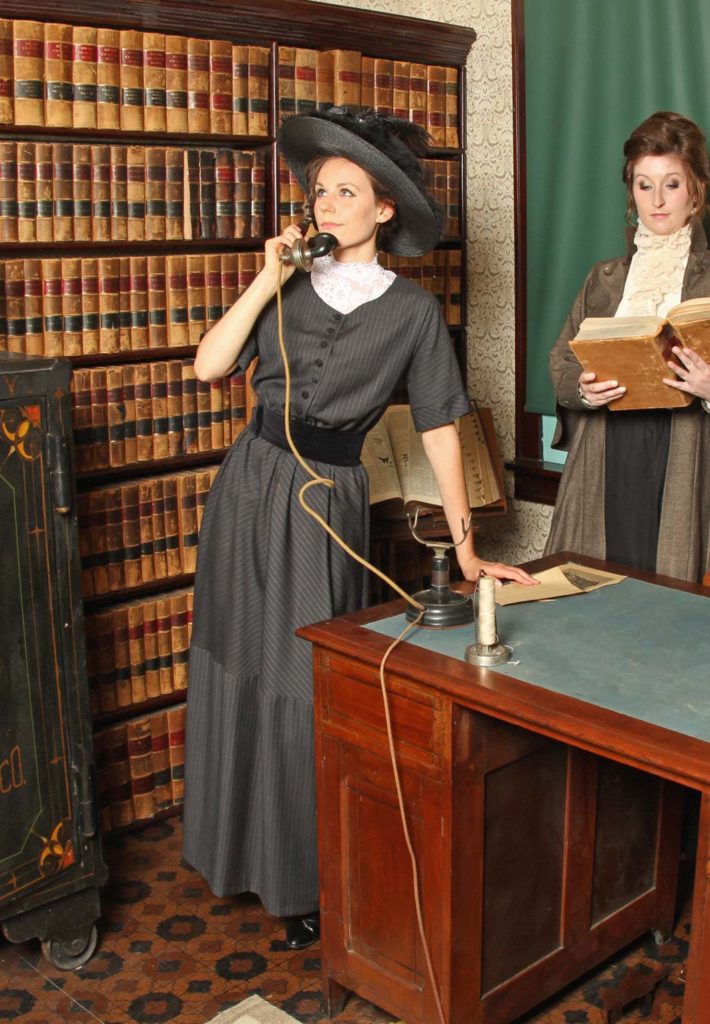 The Edwardian Era is named for Queen Victoria’s son Edward, who ascended to the throne upon her death in 1901. This was to become an age of unparalleled luxury as the bustles, stiff silks and wools of the 1890’s gave way to the new decorative Art Noveau style. The French termed this period la Belle Epoque (the beautiful era), and the description certainly seems apt as we see the lovely styles that emerged during the years between 1901 and 1914.
As ever, the small waist was admired, but instead of using bustles and elaborate skirt drapery to emphasize the contrast, the new slimmer silhouette featured a bodice that often draped over the waist in front, and all manner of elaborate belts and sashes. Slimmer skirts now skimmed over the hips, and then flared at the hem, giving an inverted lily effect. Blouses became very elaborate in decoration, often featuring embroidery, tucks, and lace inserts all at once. Lighter fabrics, often very fine linen or cotton, were elaborately embroidered and embellished with lace. Softer colors that suited the lighter fabrics became more popular, and white especially was worn for afternoon events, although jewel tones were still admired and often worn. Clothing became so very light that new terms like pneumonia blouse and lingerie dress were coined. Many ladies magazines were published at the time, and several included patterns that could be taken to the local dressmaker, or if the lady was talented, could be made at home. New styles were always touted as coming from France, as this was considered the leading fashion center of the day. 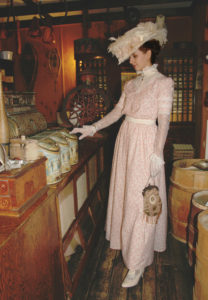 Of course, all this lightweight clothing would never do for a New England winter, and warmer garments had to be worn. The Edwardian era saw the rise of the suit as a fashionable garment for ladies. Perhaps the greatest proponent of this new style of dress – thought mannish by some – was the “Gibson Girl”, who emerged athletic and independent, from the cocoon of gauze and lace of a few years earlier.

No discussion of this era would be complete without mention of the signature accessories of the day. Don’t we all love those incredible Edwardian hats? As the overall silhouette became slimmer, hats (and the hairdos under them) became increasingly larger and wider. Feathers were used extensively; to the point that certain species of birds were hunted to near extinction, and the first-ever laws were passed to protect them. The “picture hat” was a must-have accessory for any lady venturing out of her home.  Gloves were worn at all times in public, often of washable leather, but for special events they would be made of suede or lace. A parasol was often carried, and in the summer this accessory also dripped with ribbons and lace, adding to the overall frilly, feminine effect of the outfit. 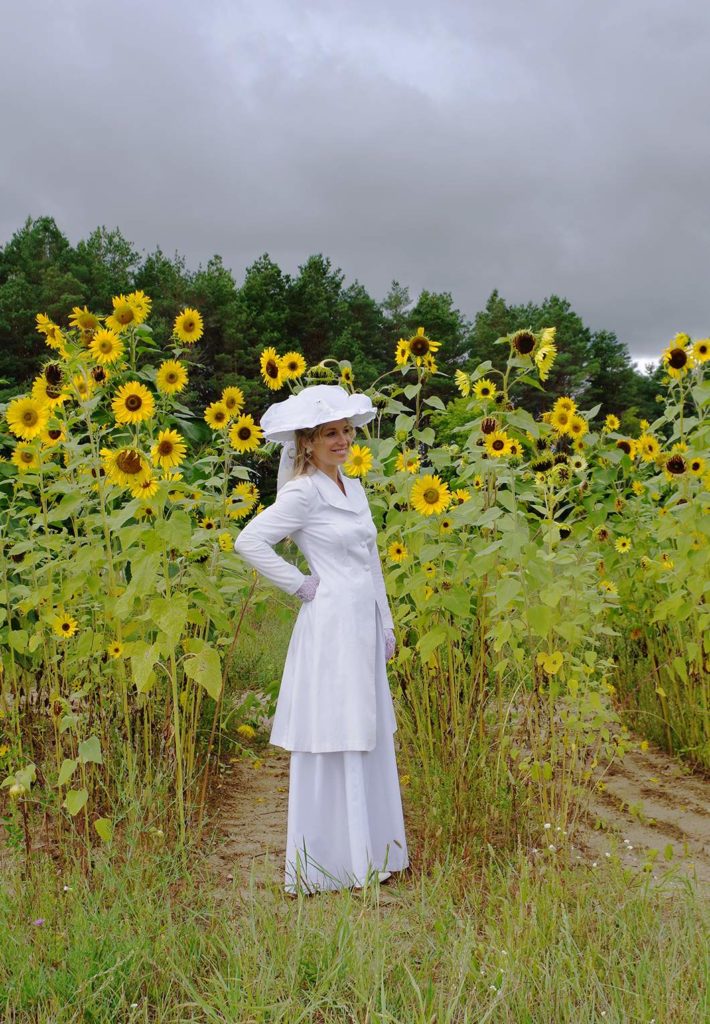 As you browse through the Edwardian section of our site, we hope you can imagine yourself dressed to enjoy the “Beautiful Era” portrayed!