From covered stroller to covered wagon

The “modern” carriage’s roots can be traced to the Duke of Devonshire and a landscape architect named William Kent. Kent was a landscape architect who developed a baby stroller that could be pulled by a goat, dog, or miniature horse in 1733. She shaped it like a shell and was intended to keep the little ones amused as well as moving them about without having to be carried.

The C-spring and improved steering during the 18th century improved the performance of the carriage. Better roads helped increase its popularity. The settlers in North America brought the carriage/coach with them when they arrived on the continent. 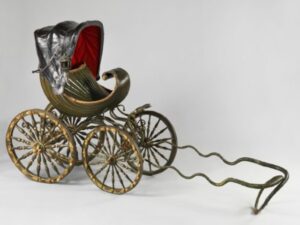 The covered wagon comes to America

When George Washington and his British commander, Edward Braddock, needed to transport troops and munitions through the Allegheny mountains in 1755, they needed a good covered wagon. They turned to German settlers in the Conestoga Valley of western Pennsylvania for help. The covered wagon known as the Conestoga was designed for transporting goods. Its floor dipped in the middle to prevent goods from shifting during transport. A roof was crafted from hoops and canvas that was painted or oiled to keep the elements out of the interior of the wagon. The Conestoga wagon was typically pulled by four or six horses.

The Conestoga was adapted during the early 18th century to carry pioneers heading west into the American frontier. It became lighter and the floor was flattened to accommodate people and their possessions. The settlers often attached or lashed furnishings to the inside and attached pockets to the roof for additional storage space. The white canvas roof was reminiscent of a sail, especially when seen from a distance. The Conestoga became known as the prairie schooner. 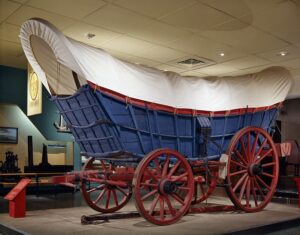 Do you love the old west? Create a look fitting for a ride in a covered wagon with these Recollections pieces: 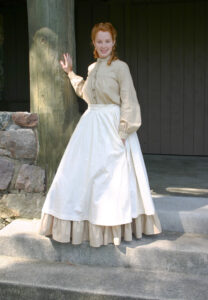 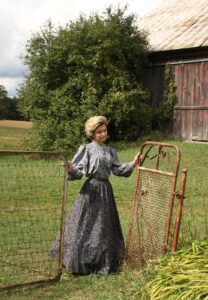