Catholina Lambert and his castle on Garrett Mountain

Growing up in the greater Paterson area of New Jersey had many perks. One of them was visiting Garrett Mountain and Lambert Castle. On a recent visit to the area, I was able to share the experience with my own daughter. What makes Lambert Castle so special? And, what of Catholina Lambert, the man who built it and called it his home?

Catholina Lambert was born in Goose Eye, a village near Yorkshire, England in 1834. His parents were working class mill workers who traveled to find work throughout England. Lambert had different aspirations. After apprenticing for seven years at the Boar’s Head cotton mill in Darley Abbey, Derbyshire, he saved enough money for passage to the United States. At age 17, he set upon the task of seeking his fortune. He’d read that “one out of ten succeeds in England, nine out of ten in America.” And so, his adventure began. (Catholina Lambert)

Following his arrival, he worked for prominent silk manufacturers in Boston and New York. When one partner left the company, Lambert was offered a partnership. By the early 1860s, his business acumen allowed for the building of the Dexter Mill, a three-story factory in the heart of the Paterson. By 1890, Paterson was the ‘Silk City’ of the New World.

A successful business wasn’t the only thing that Lambert grew during this time. He married Isabella Eldridge Shattuck in 1857. They had eight children together. Two lived to adulthood. The 1870s and 1880s were filled with both joy of birth and the sorrow of death, yet his business success and accompanying status in the community continued to grow. In addition to the mill in Paterson, there was a mill in Hawley, Pennsylvania. Branches were also established in Florence and Milan, Italy.

In honor of his new status, he constructed his new home in one year, 1892-1893. It was inspired by the architectural style of the Medieval Revival, reminiscent of those he remembered from his youth. He was assisted in the design by John C. Ryle, who was from another family whose business was the manufacturing of silk. 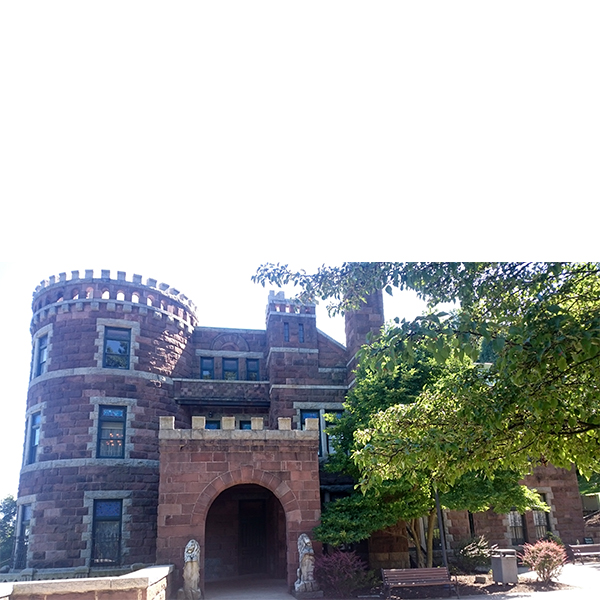 Entrance to the castle museum 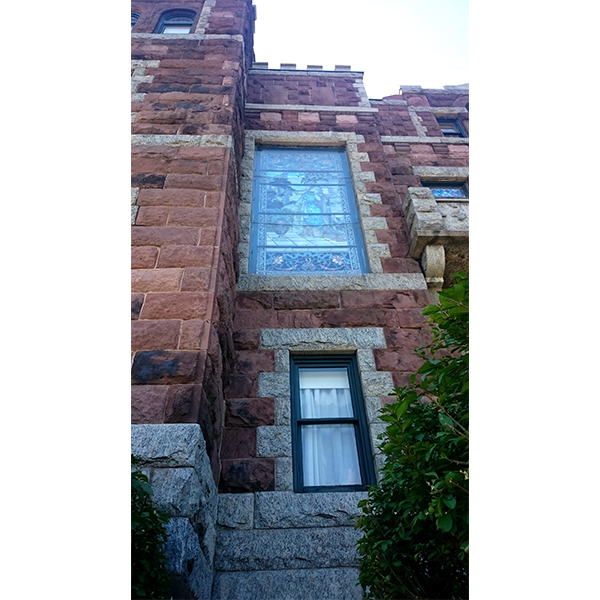 The castle has many beautiful leaded glass windows 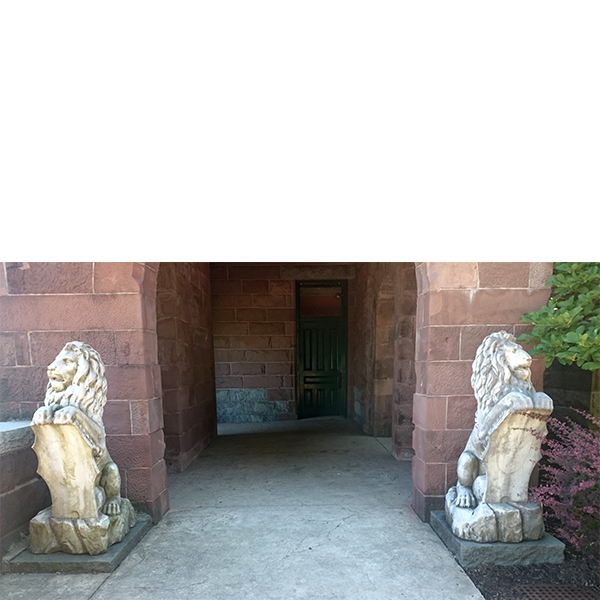 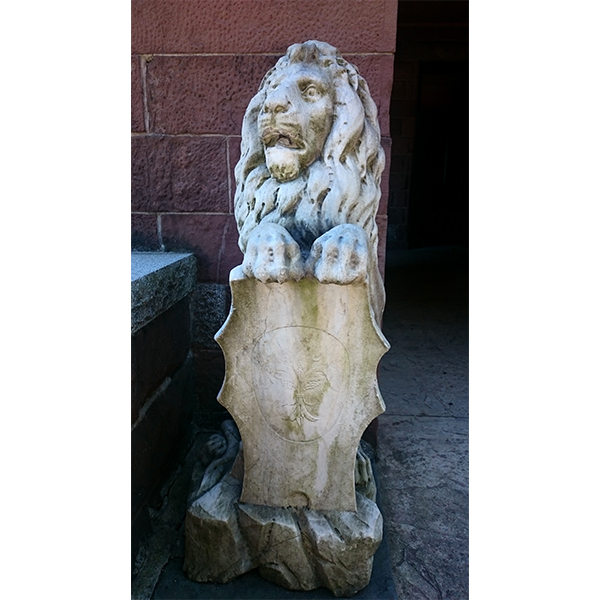 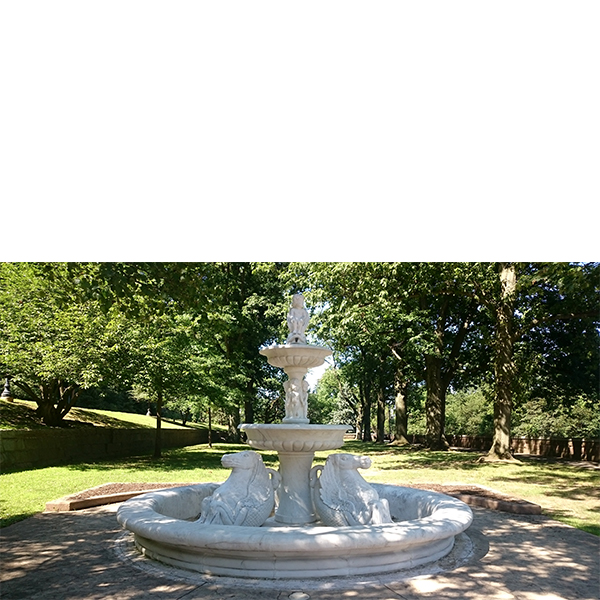 Marble fountain on the grounds of Lambert Castle 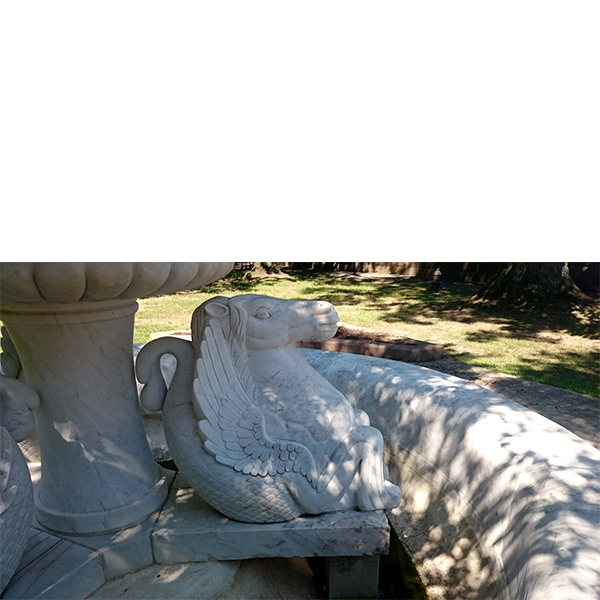 Detail of marble fountain on the grounds of the estate

The home was built on the mountainside of the first Watchung Mountain. It was of sandstone (quarried locally) and granite. The project had an estimated cost of half a million dollars, which is about $12.9 M today. It was completed the following year. He named it ‘Belle Vista’ in honor of his wife, Isabella. The Lamberts social status brought many prominent visitors, including President McKinley.

But that was not enough. Catholina Lambert became an avid art collector of American and British paintings and sculptures. He also had an extensive library of sacred music. According to the museum’s website, he thought about how elegant his castle would look as the backdrop for his collection. In 1896, he added a 35’ by 100’ art gallery wing as well as a 70-foot observation tower (Lambert Tower) with a panoramic view on the cliff, and a summer house. He opened the home every Saturday, so the public could view his vast art collection. View the interior of the museum.

By 1914, the company fell into financial difficulties. The labor movement of 1913 had taken a toll. Lambert used his estate as collateral to meet the firm’s liabilities. As the two-year deadline for repayment approached, Lambert decided to sell the art collection. An auction took place in February 1916 and brought in approximately one-third of the real value. (Catholina Lambert)

Located at 3 Valley Rd, Paterson, NJ, the castle museum, and tower are open to the public. The castle is open Wednesday – Sunday, noon to 4 p.m. Unfortunately, we were there on a Tuesday and were unable to go inside. Visitors can still climb to the top of Lambert Tower. The tower was about to close on the day we visited. But, Robert Quinones, the park ranger in charge of the tower, allowed us time to explore and enjoy the vista and provided a historical perspective. He was kind to our inquiring minds and full of historical knowledge. The day was clear, and we could see everything; Bear Mountain, New York, the George Washington Bridge and the New York City skyline, the Verrazano Narrows Bridge, and Sandy Hook, NJ. What a view! 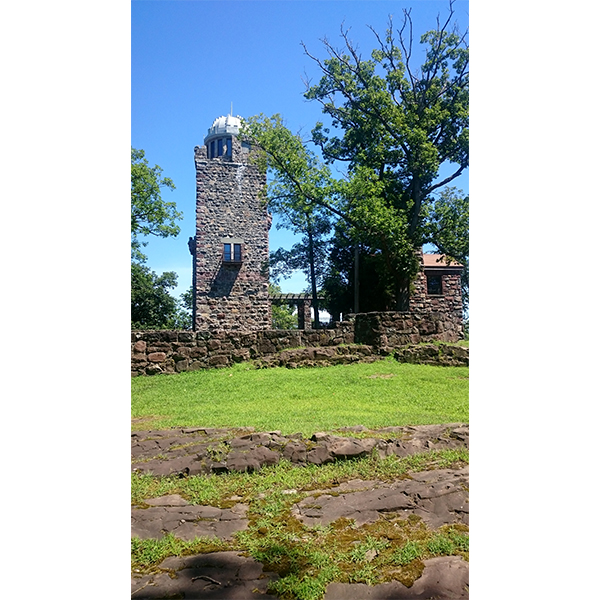 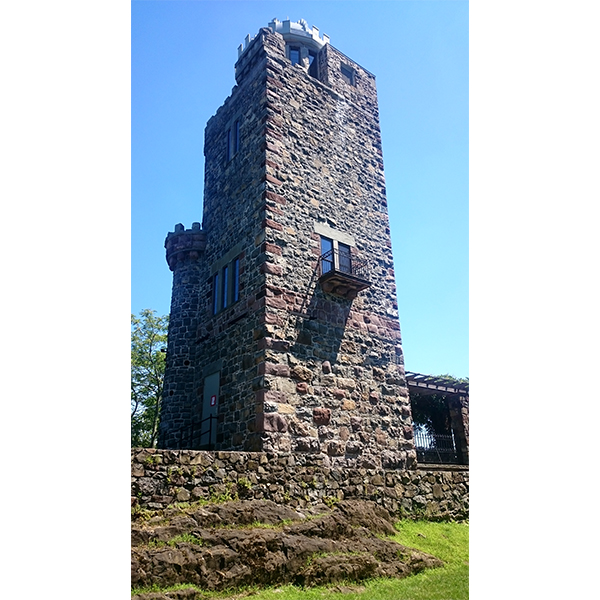 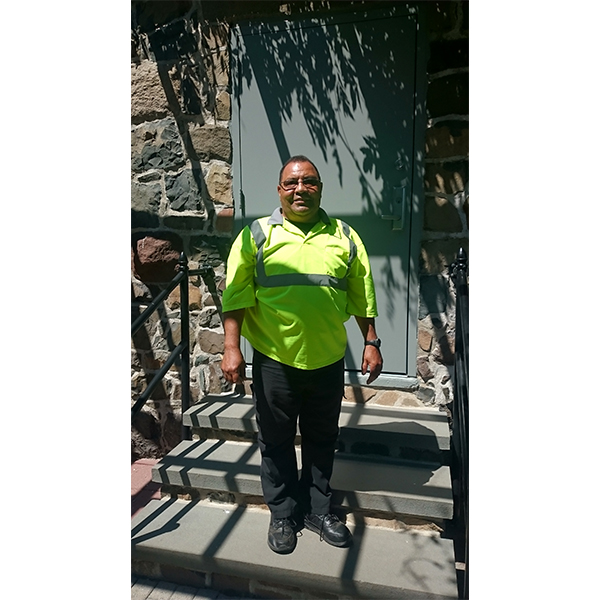 Park Ranger Robert Quinones in front of the tower entrance

To see what styles high society was wearing when they visited his home and art gallery, check out Recollections’ Victorian and Edwardian fashions. Here are a few examples of what you’ll find! 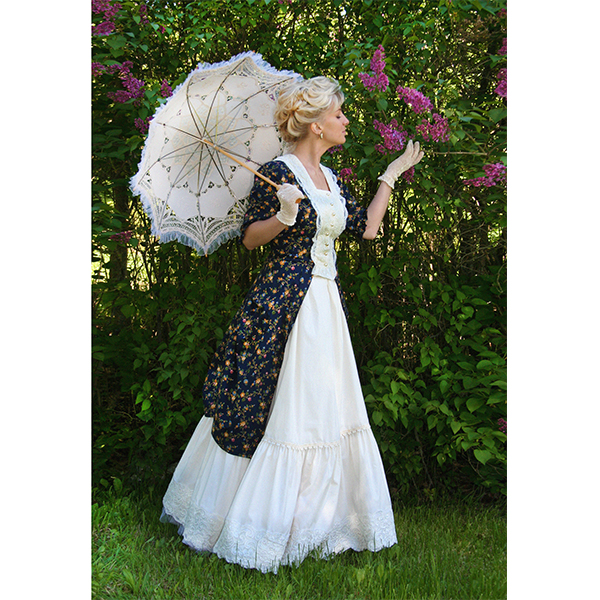 Julietta is on a summer stroll through her garden 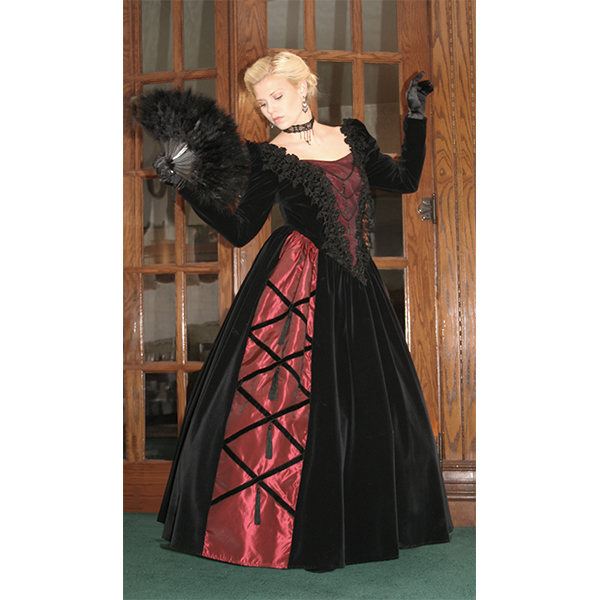 Noelle is ready to dance at the holiday ball 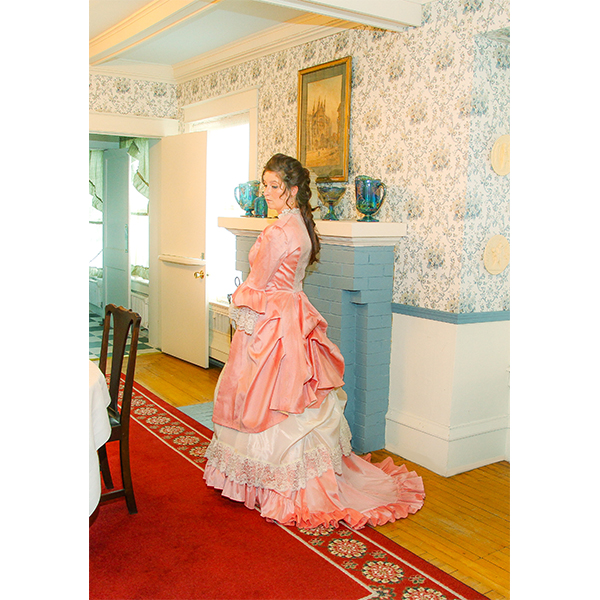 Perla is preparing for a visit from the society ladies