If you haven’t heard about Costume College, then you haven’t been paying attention! After hearing about it for years, a friend convinced me to enroll last year, and I am now positively addicted to the excitement, the many opportunities for learning different aspects of costuming, and the endless variety of, well, COSTUMES that are worn during this three-day marathon of classes and special events. 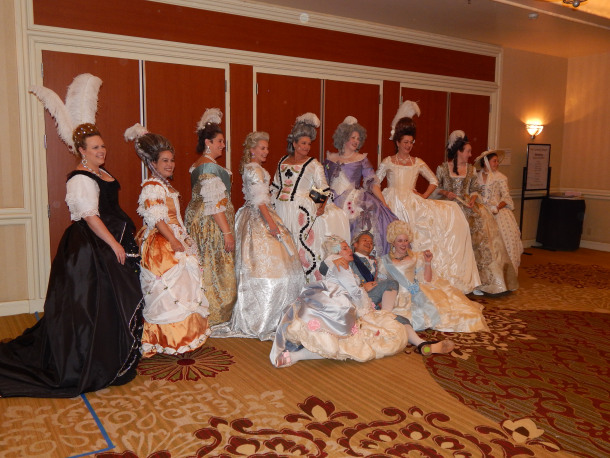 This was my second year attending Costume College, which is put on by the Costumer’s Guild West, and held in Woodland Hills, just north of Los Angeles, California. This year attendance boasted about 500 costumers of every stripe, and we fairly took over the Woodland Hills Marriott where the event was held. This year’s theme was “Plucked from the Pages”, and attendees were invited to participate in a different event based on literature each day. The Thursday night mixer was a “Journey to Atlantis” (one gal was dressed as a jellyfish!), followed by the Friday night social titled “Around the World in 80 Days”. Saturday night saw the “Time Traveler’s Gala” and Sunday morning brought “Breakfast with the Bennetts” (from the Bennett family of “Pride and Prejudice” fame.) There was also a “Nancy Drew Mystery” tea on Sunday afternoon. Of course, each event encouraged the attendees to costume after their favorite character from the appropriate book. Did I fail to mention about a hundred and fifty classes that occupied the hours from 9am until 5pm every day as well? Having to attend just one class while there were several others happening at the same time made decision-making difficult – and this year there was a new wrinkle, as I had been accepted to teach as well. 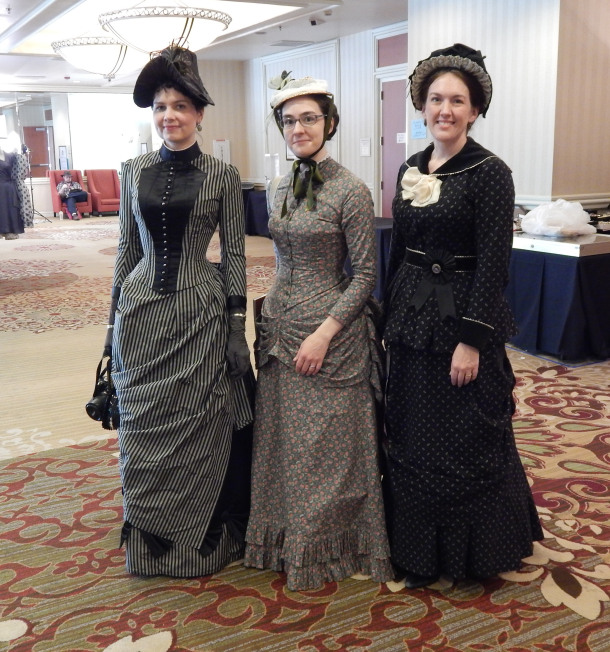 After my enthusiastic praise of last year’s event, four other “Arizona Ladies” attended this year with me. Each day took us different directions as we attended classes as varied as “50 Ways to Curl a Feather”, making a pair of Chandelier earrings, and a very informative session called “Is it Steampunk?” My friends all made the same discovery I had – the Costume College was very “broadening”. For those of us in Arizona – re-enactors all – we thought of “costuming” as dressing in period attire. For us this meant mid to late 1800’s. But Costume College includes ALL aspects of costuming – from theater, to TV, to anime and Steampunk. We learned costume construction techniques, how to identify fabric content, foam fabrication for costuming, and a dizzying selection of other topics from which we were each forced (alas!) to select only a few each day. Evenings found us getting together for dinner, and then retiring to one of our rooms to discuss what classes each had attended during the day.

There were several special moments that are still with me. One was when my roommate and I stepped onto the elevator on Saturday night, and discovered we were joining the “Queen of Hearts”. Not only was her costume absolutely fabulous – including her staff, which featured a lighted anatomically-correct heart, but this lady stood well over six feet tall! She was stunning and elegant, and I’m sure I looked a gob-smacked as I felt! 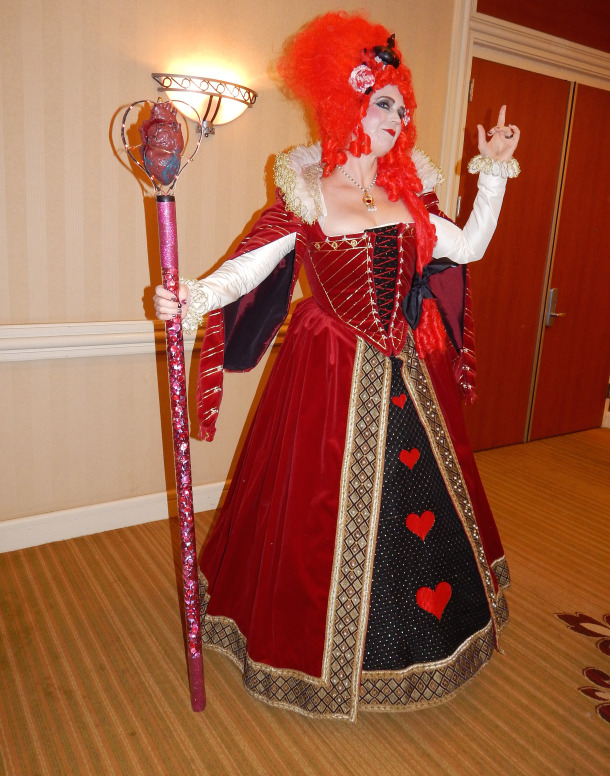 By Sunday night we were all fairly “done in”, however yet another adventure awaited – a trip to the Los Angeles Fabric District. On Monday morning about 50 of us boarded an air-conditioned bus which took us to our destination. Having learned my lesson last year, I had decided ahead of time that I would focus on ribbons and trims this time. This decision held until I found some silk that I simply could not live without. Four o’clock came all too soon as we hauled our various purchases back to the hotel. Once there, we dumped everything on a bed to sort through all the treasures we had found that day. I’m sure we all came home with even more sewing projects to add to our already overflowing stash of fabrics and embellishments. Of course we are already planning to go again next year! 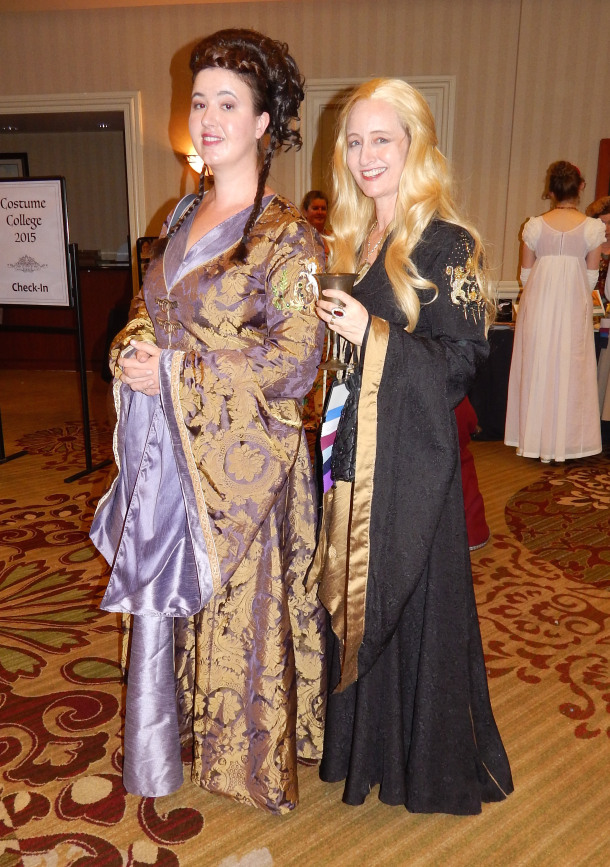 If you are interested in Costume College, I would recommend that you first join the Costumer’s Guild West. This will save you money when it is time to enroll, although membership is not a requirement to attend. You will also get their newsletter, and be kept abreast of the many events this group participates in over the year. If you are fortunate enough to live near the Los Angeles area, you to can participate in events like a “Gibson Golf Day”, visits to local museums, literary events, and meetings and workshops held by the Guild. Their web site should give you all the information you need at: http://www.costumersguild.org/ I’ll look forward to seeing you there!

Sue McDonald is one of Recollections’ writers, and also sews for Recollections. An avid re-enactor, Sue dresses in period attire when she serves as a docent at the Elks Opera House in Prescott, Arizona. She is a long-time seamstress and has been making period costumes for nearly ten years.