Within five years of David’s death, Sarah published a novel, Northwood. In the novel, she describes the character and manners of New Englanders. One of the traditions she described in her book is very familiar to Americans. Baker shares Sarah’s words with us.

”The table, covered with a damask cloth, vieing in whiteness, and nearly equaling in texture, the finest imported, though spun, woven and bleached by Mrs. Romilly?s own hand, was now intended for the whole household, every child having a seat on this occasion, and the more the better, it being considered an honor for a man to sit down to his Thanksgiving dinner surrounded by a large family. The provision is always sufficient for a multitude, every farmer in the country being, at this season of the year, plentifully supplied, and everyone proud of displaying his abundance and prosperity.

The roasted turkey took precedence on this occasion, being placed at the head of the table; and well did it become its lordly station, sending forth the rich odor of its savory stuffing, and finely covered with the froth of the basting. At the foot of the board, a sirloin of beef, flanked on either side by a leg of pork and loin of mutton, seemed placed as a bastion to defend innumerable bowls of gravy and plates of vegetables disposed in that quarter. A goose and pair of ducklings occupied side stations on the table; the middle being graced, as it always is on such occasions, by that rich burgomaster of the provisions, called a chicken pie. This pie, which is wholly formed of the choicest parts of fowls, enriched and seasoned with a profusion of butter and pepper, and covered with an excellent puff paste, is, like the celebrated pumpkin pie, an indispensable part of a good and true Yankee Thanksgiving; the size of the pie usually denoting the gratitude of the party who prepares the feast. The one now displayed could never have had many peers…

Plates of pickles, preserves and butter, and all the necessaries for increasing the seasoning of the viands to the demand of each palate, filled the interstices on the table, leaving hardly sufficient room for the plates of the company, a wine glass and two tumblers for each, with a slice of wheat bread lying on one of the inverted tumblers. A side table was literally loaded with the preparations for the second course, placed there to obviate the necessity of leaving the apartment during the repast…

There was a huge plum pudding, custards and pies of every name and description ever known in Yankee land; yet the pumpkin pie occupied the most distinguished niche. There were also several kinds of rich cake, and a variety of sweetmeats and fruits.

On the sideboard was ranged a goodly number of decanters and bottles; the former filled with currant wine, and the latter with excellent cider and ginger beer – a beverage Mrs. Romilly prided herself on preparing in perfection.

[It] is considered as an appropriate tribute of gratitude to God to set apart one day of Thanksgiving in each year; and autumn is the time when the overflowing garners of America call for this expression of joyful gratitude.”

By the end of the decade, Sarah Josepha Hale was editor of the Boston publication, Ladies’ Magazine, which was later called American Ladies’ Magazine. This marked the first time a magazine for women was edited by a woman! During this time, Louis Godey was publishing the Lady’s Book in Philadelphia. In 1837, Godey purchased the Ladies’ Magazine and merged the two publications. Sarah Josepha Hale became the literary editor. The name of the magazine was changed to Godey’s Lady’s Book. This platform allowed Sarah to have one of the most influential voices in the country during the 1800s. Under her management, it became the most widely-read publication of its day. One of the most popular features in the magazine was the colored fashion plates. It is also the platform she used to advocate (successfully) for a national day of thanksgiving. 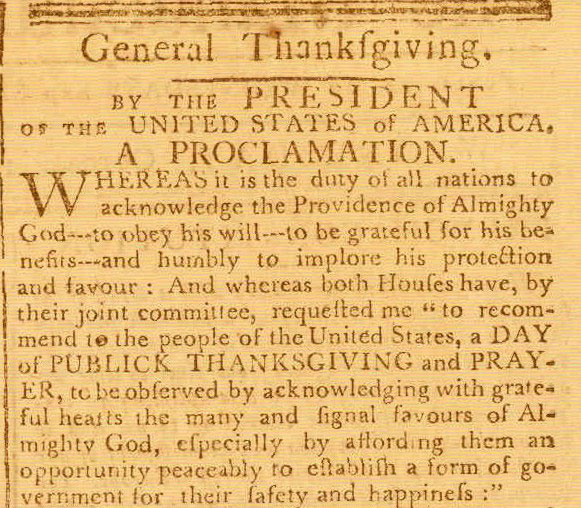 She continued to have an independent career writing and editing. She wrote books such as Flora’s Interpreter that paired images of flowers with poems. She also edited best-selling poetic ‘gift books.’ She even wrote a couple of cookbooks and children’s books. She is credited with writing the poem, “Mary’s Lamb,” which we know as “Mary Had a Little Lamb.”

Sarah Josepha Hale was a self-made woman and perhaps one of the most powerful influencers of the 19th century! Find out more about her early years in part 1.