Trains have always held a certain fascination for me. I love the sound of trains; the whistles, the vibrations, the rhythm of the wheels on the rails. Oh, the places you can go by train. Oh, the things you can see! Oh, the changes that came to our planet, all because of the train.

The Victorian era was a huge time of change. Technology was changing rapidly and affected everyone’s lives. The first modern passenger train took people for a ride in 1812 on the Middleton Railway, seven years before Queen Victoria was born. For centuries, royals traveled on land by horse drawn carriage. This changed when the Queen took her first train ride. But, the journey to that first ride was five years in the making.

The Queen and the Train

Victoria ascended the throne in 1837, the same year she saw her first train. She’d gone for a visit to the Claremont, the country home of her uncle, King Leopold of the Belgians, who lived at Hersham in Surrey. During her travels, she encountered her first steam locomotive and wrote this in her diary: “saw the steam carriage pass with surprising quickness, striking sparks as it flew along the railroad, enveloped in clouds of smoke and making a loud noise. It was a curious thing indeed!”

Prince Albert was fascinated by technology. When he married Queen Victoria in February, 1840, he brought a fascination for technology with him. He thought it was important for the Crown to embrace change, and lead by example that they and their subjects should embrace the change taking over the Empire and the world. The Great Western Railway was commissioned, at his request, to construct the first royal rail saloon (carriage). It was short by today’s standards, but resplendent in design and execution. There was a symbolic crown on the roof. The interior suggested an opulent parlor. 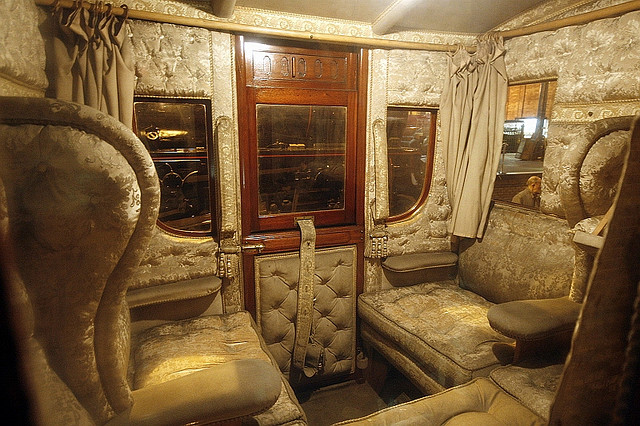 The big day arrived on June 14, 1842, when the Queen and Prince left for Scotland. They traveled by train from Slough, near Windsor, to Paddington Station in London. The trip took 25 minutes to make the 18 mile journey at an average of 43 miles per hour. The Queen wrote of the experience a letter published in The Letters of Queen Victoria: A Selection from Her Majesty’s Correspondence:

“We arrived here yesterday morning [Buckingham Palace], having come by the railroad, from Windsor, in half an hour, free from dust and crowd and heat, and I am quite charmed with it.” 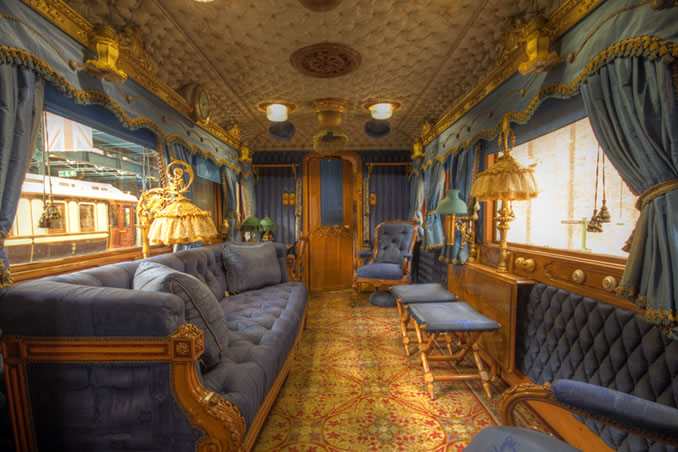 It’s been more than 170 years since Queen Victoria first traveled by train and the royal family still makes regular use of this transportation mode.

While researching for this article, I went to the following sources: