Mantle or Mantel? Mantelet? It’s all Cloak to Me

Removing the Cloak from Mantle

Whether the word is spelled ‘mantle’ or ‘mantel,’ the origin is the same. According to the Online Etymology Dictionary, it comes from “Latin mantellum ‘cloak’.” By the time it progressed to the Old English, it meant a ‘loose, sleeveless cloak.’ Whether you talk about a mantel related to a fireplace, or mantle as a garment, it is all about cloaking or concealing. The mantel or mantelpiece is a decorative covering related to a chimney. The mantle or mantelet of the Victorian era could be called a cape or even a poncho today.

From the 12th to 16th centuries, a mantle was a loose-fitting cloak that often flowed to the ankles that served as an overcoat. It was worn by both sexes. By the 19th century, it was approximately hip-length and resembled a cape. By the mid-1800s, large, loose dolman sleeves were added.

A mantelet was a shorter version of the mantle during the 18th century. It was often made of silk or taffeta and resembled a scarf that crossed the chest to the waist and was tied in the back. By the 1820s, it referred to an ornamental scarf made of fur or lace that crossed over the chest and was tied from behind. By the end of the century, it was a shoulder cape with elongated ends in the front that were often held in position by a belt at the waist. 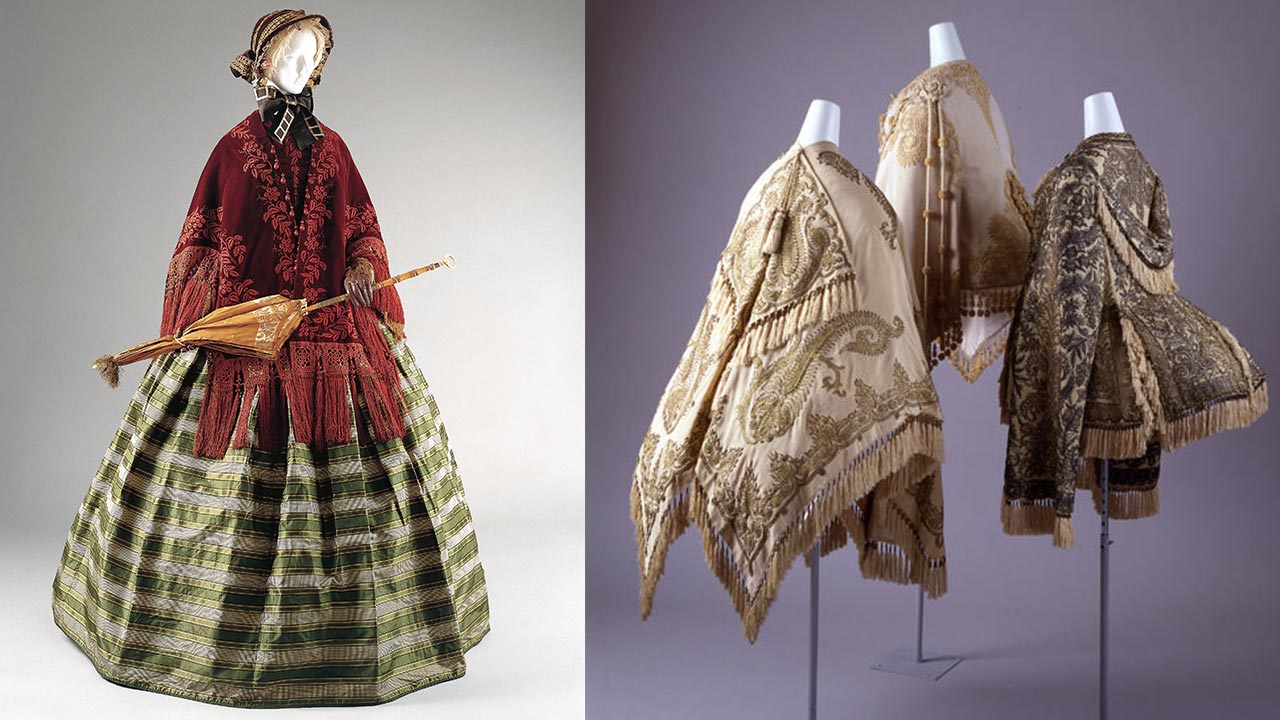 The mantelet fell out of favor in the 1840s but was revived in the 1850s where it sometimes resembled a jacket rather than a cape. The popularity of bustles saw mantelets change shape to accommodate the new silhouette. By the late 19th-century slit sleeves, which give the illusion of sleeves without the bulk, were very popular because of the popularity of pouf sleeves.

Lappet tails were added toward the end of the century. According to Fashion Era, the lappets not only provided an attractive contrast of fabric to the skirt beneath, they also fanned out nicely over domed skirts or baby bumps. Mantelets with lappets fell out of favor at the turn of the 20th century.